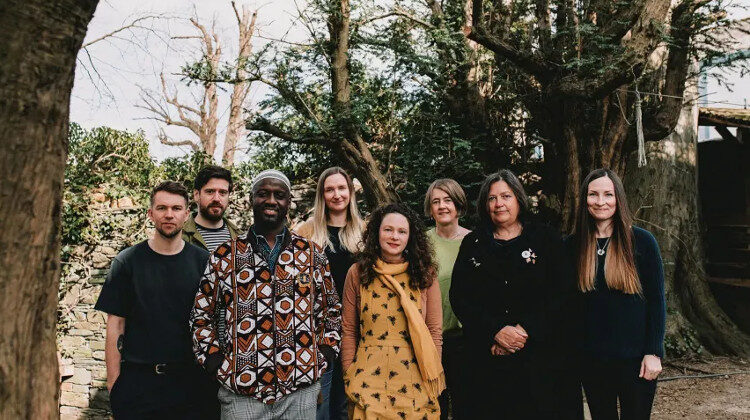 Spell Songs II: Let the Light In is a remarkable exercise in calming indie folk music, serving as comfort food for tough times.

The subtitle for Spell Songs’ latest studio album – Spell Songs II – is Let The Light In. Sometimes people don’t really read into album titles but this album is definitive proof that they should; they almost always tell you what kind of album you’re going to be experiencing.

Let The Light In is just like the title suggests – an extremely uplifting, calming, riveting, and oftentimes moving collection of songs featuring truly talented artists, culminating in one of the best indie-folk albums of the entire year.

The one job that every album opener has is to make sure that it conveys to the listener what kind of album they’re going to hear for the next hour or so. Sometimes a poor opener can sour your taste on an entire album – gratefully, that’s not the case here. Bramble serves as a hopeful opener, symbolizing that it’s time to Let the Light In and be prepared to be inspired with the rest of the songs to come.

Karine Polwart’s vocals effortlessly flow through the track. She never once belts any vocal, instead choosing to lay low a little bit. She simply meditates the lyrics and it results in a deeply moving and interesting opener which is just what this album needed.

This track then beautifully transitions over to the stripped-down guitar featured on St Kilda Wren sung by Julie Fowlis whose vocals are genuinely haunting yet peaceful at the same time. Crafting a song this methodical yet folksy is such a difficult task and yet Fowler rose to the occasion and made it look like a cakewalk.

But easily the strongest on the album is the next song – Oak, with lead vocals provided by Kris Drever, who shines brightly on this track. His vocals are a perfect mixture of country and folk, culminating in a truly memorable and catchy tune, and one that will most definitely be added to my daily rotation playlist. Simple instrumentals blended with the carefree vocals by Drever is a recipe for greatness.

Some tracks are so truly show-stopping that others simply don’t stand out as much in contrast , such as Rachel Newton’s Swifts. While still a marvellous tune, it definitely feels as though it lacks some of the flair and style that the previous tracks so effortlessly displayed. The same sentiment can be echoed with Beth Porter’s Daisy. A great track to be sure, but there are some missing ingredients.

Gratefully though, things start to pick up once again as soon as Swallow begins. It’s definitely one of the most menacing tracks on the album, featuring some gorgeous vocals by Jim Molyneux.

Spell Songs II: Let The Light In is a terrific exercise in indie folk music and one that is sure to take you on a rollercoaster ride of emotions throughout its fifteen tracks. Not all of them are equally great, but you’d be hard-pressed to find better, more fine-tuned indie album this year.