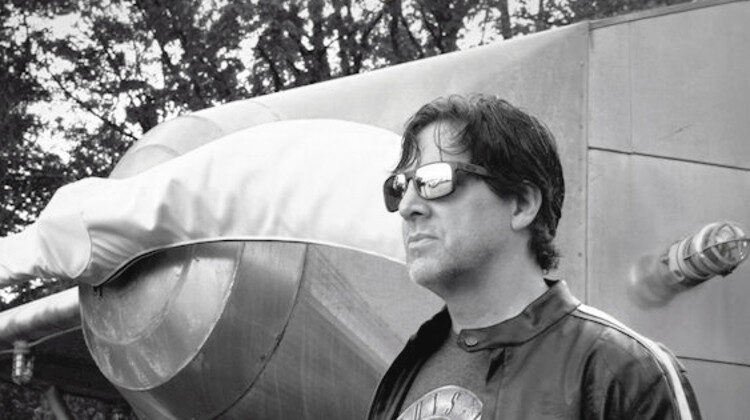 Sonic Fuel blow away the cobwebs and light up the skies on their 80s and 90s rock-infused, self-titled record.

Knoxville, Tennessee-based rock project Sonic Fuel want to bring out the beast in their listeners, and their hard rock, self-titled record is the way to do it. Full of great guitar work,  bolshy rhythms and catchy choruses, frontman David Hales leads you on a journey of rock-infused fun and frolics.

Starting with Good Things, we’re thrown into a classic rock sound with hints of the 90s rearing up throughout. There’s also a hint of psychedelia to the rhythm as Hales’ vocals rise up in the chorus against the feel-good sound. It’s an upbeat opener as lyrics of “good things coming our way” give off a happy outlook on life. Wild & Free follows with a slower, pondering beginning, the bass treading slowly against settled symbols before everything comes alive in an instant. Big, fuzzy guitars hit hard, vocals come out of their shell and you can’t help but enjoy yourself. This format goes back and forth throughout the track to great effect making it an album highlight.

The deeper you get into the record, the more you see different styles of music and energies come to the forefront, all wrapped up in a rock ‘n’ roll bow. The Brink shows off Kings of Leon-esque guitar work but with a heavier rock underbelly, whereas previous single I WIll Rise sees Hales opening up about love and loss against one of the more pop-rock flows on the record. Karma then once again brings back in that hard rock energy harking back to that early 90s alt-rock sound against 80s guitar riffs.

With some records you seem to get a wind down in ruthlessness as you get to the closing cuts, but there’s no rest bite here, Hales wants to go out with a bang. Tune In has a bolshy atmosphere and big guitars pushing the track to the edge. There’s also light-hearted lyrics at times which help lift up the atmosphere: “Well I met my dream girl on instagram and it turned out to be a dude”. It could perhaps have done a little more in the verses to take it to the next level, but it’s still a well-rounded track. The record ends with Scream, an all-encompassing, 80s heavy metal thumper with great guitar work that signs off in fine style.

Sonic Fuel is the sound of David Hales having the time of his life and showing off his love of 80s and 90s rock. With great guitar work and big energy, the record is at its best when the band just let go and rock out. It’s one of those records that allow you to let off some steam.