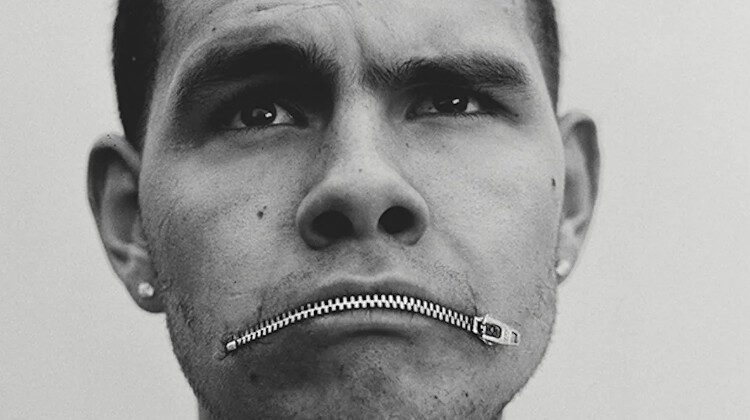 For someone who was embroiled in a whirlwind of controversy almost a year ago, slowthai and his second studio album TYRON takes an engaged approach to addressing his actions; whilst maintaining his distinctive mélange of stylistic influences to create a sound that is unmistakeably his own.

Instead of blithering and self-righteous justification, TYRON explores slowthai’s experiences by engaging with his past and taking time to convey his point of view, by working through a range of difficult topics surrounding his personal life. An initial glance at the tracklist conveys a bipartite album structure (through stylised capitals for the first seven tracks, switching to all lower case for the latter seven), but the music reveals a more distorted and chaotic picture; in which two sides become blurred into one continuous journey that portrays the sense of confusion with refreshing honesty.

There is no absence of slowthai’s signature vivid imagery from Nothing Great About Britain, through frank discussion of performing on the “Main Stage in my boxers” (CANCELLED, feat. Skepta) and having fun in “Muddy dungarees” (MAZZA, feat. A$AP Rocky).

Conversely, slowthai uses this release to reflect on meaningful topics such as the death of his brother (feel away, feat. James Blake and Mount Kimbie), gratitude (nhs) and the price of fame (“People change for money, what’s money with no time?”, DEAD). These juxtapositions are embedded within disjointed and fragmented production.  Many of them are short in length but cover significant ground regarding lyrical content and variety of production.

Running through much of slowthai’s work is the gritty, lo-fi soundscapes created in the production, over which he delivers bars with extraordinary clarity of message and understanding.  The sheer energy and craft that goes into creating these tracks of messy, ugly beauty is undeniably outstanding.

As with his previous release, slowthai’s sound consists of a melting pot of genres to create a collage that is distinctly his own. One consistency, however, is the British streak across both his studio albums. This rears its head through lyrics such as “We got tools like Homebase” (MAZZA, feat. A$AP Rocky) and “Running from my struggles back and forth like the Chuckles” (i tried). For someone who claims there is “nothing great about Britain” (which no one would really argue with at the moment…), slowthai is arguably the most British it gets: fractured, mixed up and dripping with (mostly) charming cynicism.

The close proximity of the profound and utterly crass on TYRON is its greatest strength and slowthai is fully aware of this (“If you love the world for its flaws, you will never be disappointed”, PLAY WITH FIRE). Rather than arguing with his critics and justifying his behaviour, TYRON articulates his sentiments better than any simpering social media apology or media statement.