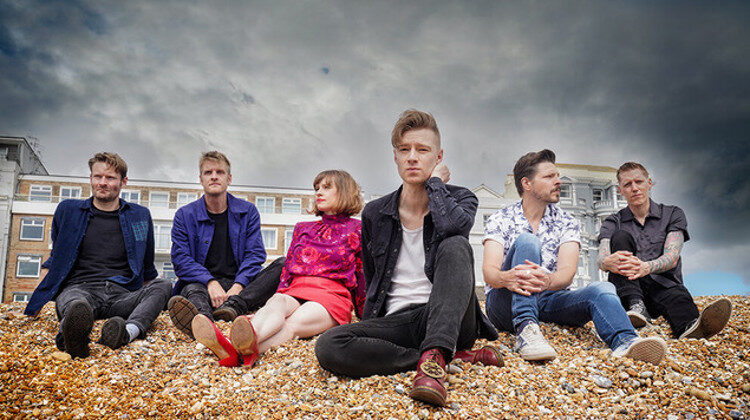 It’s almost impossible not to smile and get into the groove with Skinny Lister’s brand new, feel-good album A Matter of Life & Love.

From the very second that Shout It Out – the opening track on Skinny Lister’s brand new album A Matter of Life & Love – started, I had a very strong feeling that I was going to love the album all the way through, and I’m so happy that I was right. Each song has a similar vibe and tone, all of which are feel-good songs that will instantly put you in a good mood.

This may sound a little bit strange, but my whole life, I have adored Irish songs. Particularly Irish drinking songs. As a matter of fact, my most played song of the year so far isn’t anything you would expect from me, but rather, Back Home In Derry sung by John Close. It doesn’t matter what I’m going through – if I put that song on, my day is immediately better.

And those same happy feelings come through on Skinny Lister’s new album. The aforementioned Shout It Out is the standout Irish drinking song on the record, whereas the others take a more subtle, but beautiful and appreciative approach.

Tough Stuff Like Us is an extremely upbeat track that I guarantee will put all listeners in a good mood – unless you don’t like Irish music. But where the album starts to get a bit more indie-sounding is with Like It’s The First Time, a track that takes a more slow but still uplifting approach. “We’ll be chasing the good times / The good friends / Doing it all over again”, Lister sings in a beautifully cheery manner on the track. How could you not smile at that?

As stated earlier, the album isn’t afraid to try some new things every once in a while, breaking away from the traditional Irish sound, and that’s demonstrated yet again on Embers, one of the best tracks on display here. All it contains instrumental wise is a simple, plucky guitar and a slow but noticeable drum beat, topped off with Lister’s harmonious vocals.

Not every album has to be incredibly deep-cutting with lyrics that hit you right in the heart and get in your feelings no matter how perfect those albums may be (I’m looking at you, Evermore). There are thousands of albums that are wonderful because they are optimistic and uplifting. It will be hard to find another album besides A Matter of Life & Love that does the job of putting a smile on your face the whole entire time. Once it’s over, you’ll want to listen to the whole thing again, and again, and again.