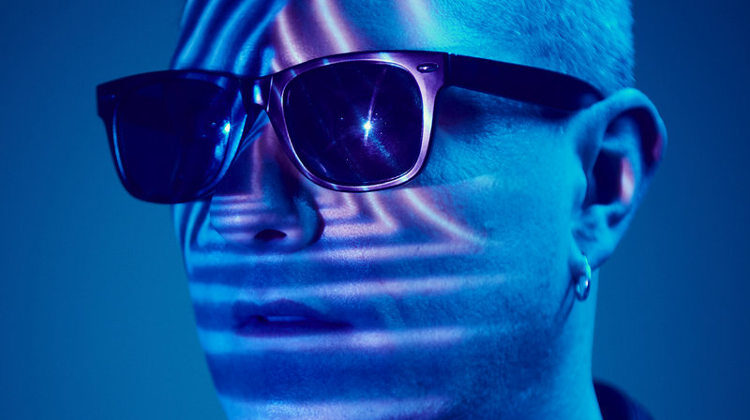 Sines creates a fun-filled and playful synth-pop sound that draws on disco to create a mesmerising mix of ideas.

Portland-based synth-pop artist and producer Sines loves dance music. From the second you listen to his records you can really feel the rhythm and can’t help but move your body. New album A Series of Moments is no different, focussing on a retro synth-pop sound against tailored beats and an essence of disco rearing up from time to time. It’s an album that shows off the culture of dance music and is not afraid to play to those strengths.

Kicking off with the Kitty Richardson featuring Something in the Way, we’re straight away thrown into that fun, disco-dance sound that the album promises. 80s synths are backed up by 90s beats as Richardson perfectly controls the track with her pop-influenced vocals. The electro atmosphere grows into a catchy chorus before ebbing back down to the rhythmic verses. Powerless follows with a more sinister opening of bassy drops before heavily stuttered synths ebb and flow throughout. They create a powerful contrast to the simple beats, reminding of a more playful track from something featuring in the wonderfully soundtracked movie, Drive.

As the album saunters onward, you get to feel real confidence in the music which is a fair reflection on Sines’ ability to create mesmerising flows. Mechanical is a perfectly produced piece that highlights an energetic electronic flow with a powerful vocal performance to back it up. Undone then leans a bit more to a retro disco sound that helps break up the record nicely. You can feel influences from 90s indie dance here, such as Kylie Minogue’s dance era, or Madonna’s power-infused disco-pop.

As we move towards the latter track, it feels as though Sines starts to try new ideas and has a bit more freedom to build new musical worlds. I Die feels a little darker and robotic with the lack of vocals throughout playing to its strengths and developing an almost erratic dystopian landscape. This builds into frantic, pulsing beats that show off the artist’s skill at music development. The record ends on the delightfully playful pop of Iva, rounding off the album in an emotional burst of sentimentalism and synthy goodness.

A Series of Moments by Sines is a love letter to everything great about retro dance music and its disco cousin. Sines really manages to delve into what makes dance music work and also able to highlight the fun with a perfect blend of vocals and synthy electronica. An album that just makes you feel happy.