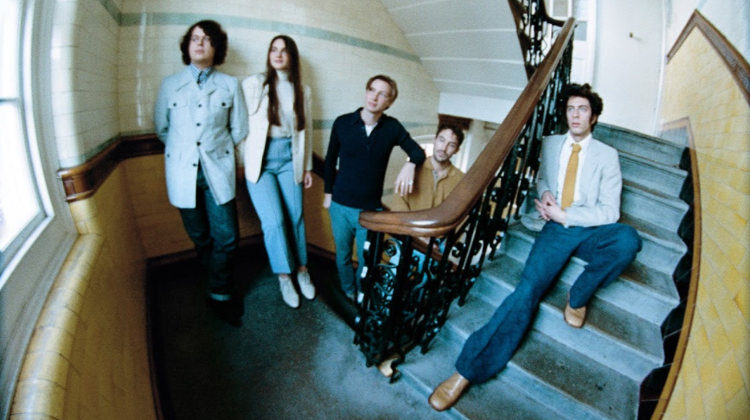 The self-titled debut studio album from Silvertwin is an infectiously enjoyable and oddly nostalgic throwback to the Beatles sound.

Have you ever come across a band (or a solo artist for that matter) that you absolutely adore but for whatever reason, they just aren’t in the mainstream eye and wonder how that’s possible? Well, that’s exactly how I feel about UK-based band, Silvertwin.

Up until hearing their debut studio album, I had never heard of them either band either. The name sounded interesting and the album was described as having a sound similar to that of The Beatles, so of course, I was heavily interested to hear what these guys had in store for me. To say I was blown away would be a major understatement.

The very instant the first track Ploy started playing through my headphones the heavy Beatles influence is instantly there for all to see. At times, the instrumentals and lead vocals are so similar that it’s genuinely remarkable. As a humongous fan of the Fab Four, listening to this entire album made me tear up. It beautifully balances nostalgia by replicating sounds from the late sixties to early seventies as well as utilizing some stunning electric guitar-like notes.

To talk about the strengths of each individual song on Silvertwin would be a difficult task because they are all masterful in their own right. Doubted reminds me of if Paul McCartney were to sing a song by Supertramp which sounds absolutely amazing. Third track, Promises, has that more quiet and emotional approach that Let It Be so effortlessly brings out.

But don’t get me wrong – this album doesn’t only rely on sounding like the Beatles. Yes, they absolutely sound like them and they are surely aware of that, but they don’t rely just on that and they don’t shove it in your face either. They have a beautiful approach to lyricism and instrumentals of their own. Their songwriting skills are excellent and their backing beats are all original.

While I was listening to this album – which I have now heard several times over – I was waiting for a song to play that I just couldn’t get with. A song that stood out amongst the crowd in a negative way. But, that never happened. The first half of the album was so delightful and powerful that I thought “Surely this can’t continue, right?” but it did.

Love Me Hate Me is the eighth track and serves as the perfect song to get up and dance to with an upbeat disco-esque backing instrumental against lyrics such as “Could you ever give me just a little glimpse? Gotta know girl, what it is that makes you tick” sweeping through the song. With such carefree ease and joy in the vocals, it’s nearly impossible not to smile when hearing it.

The same thing can be said about every single track on the Silvertwin self-titled album. Each song was clearly crafted with such care and expertise. Not smiling along to these songs feels like an impossible task. After this album was over I kept asking myself, “How are these guys not world famous?”. I don’t know the answer to that question yet, but I can only hope that they will be the next sensation.