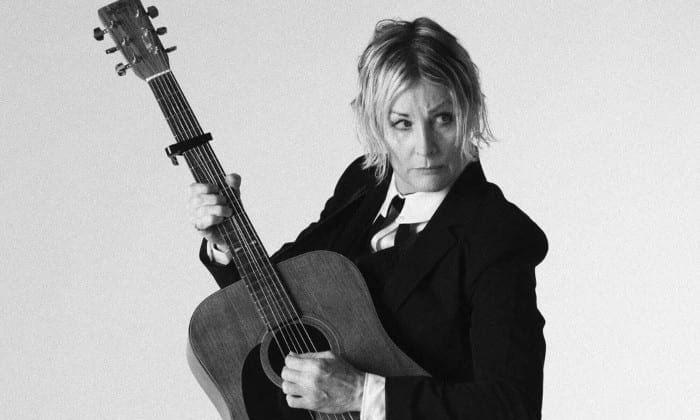 US based Shawna Virago is no stranger to speaking from her heart, and she continues that theme on Heaven Sent Delinquent. Dealing with her experiences as a transsexual woman help bring the record alive, as it flits between a punk and folk atmosphere with strong, thought provoking lyrics being the crux of the songs.

Bright Green Ideas kicks in with the singers instantly recognisable acoustic guitar and vocal combo, showing off the the strength of Shawna’s voice right away. It gives the listener a chance to really catch the beautifully executed lyrics of love, hope, and rock ‘n’ roll nights.

Gender Armageddon’s melody sounds like one of those mid 90s, slow Red Hot Chili Peppers songs, as Shawna sings of the angst of love, and looks back on relationships gone by and the vitriol they can cause. It’s light and airy tone set against thought-laden lyrics brings out the skill of the songwriter, with Shawna unafraid to put herself out there in the full, and throw off beautifully crafted lyrics as if it was nothing: “Last night I dreamt we stole a car, and smashed through the gates of heaven”. 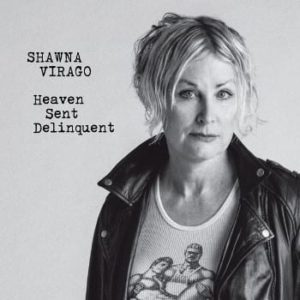 The Ballad Of Miss Suzy Texas sees Shawna singing in a Bob Dylan-esque style for this dark country ditty, where once again images are spawned in the listeners head, whereas Holy Rollers also follows the Country route with some sublime backing instrumentation that fades in and out to push forward the track. Shawna’s vocals are on fine form here, strong where needed and full of redemption at other times.

Heaven Sent Delinquent has themes based around the struggles of growing up, which are laid out for all to listen to in this emotional and heartfelt track, whereas Anniversary Song sees Shawna trying to be the strong influence, but has an underlying mentality of sadness. It shows a need for the singer to be looked after, just like everybody needs to be. It has a fleeting similarity to The Beatles Don’t Let Me Down, and portrays a similar message.

Heaven Sent Delinquent is a strong entry for an artist that knows which direction she wants to go in, and is taking the bull by the horns. It’s an accessible record for anyone, with Shawna not afraid to put herself out there and speak for the people, and herself. It’s uniqueness  infuses punk, folk and country elements in a way that perfectly complements the singers voice. Sometimes you feel a couple of the tracks need a full band to really bring them to life, but the majority can pull it off admirably on their own. Shawna’s strength is in her fantastic lyrics that ebb and flow easily over the strong melodies while the record sticks to a theme and doesn’t stray, making it stronger for it. It will be interesting to see where Shawna goes from here, but I’m hoping for a full band album next.