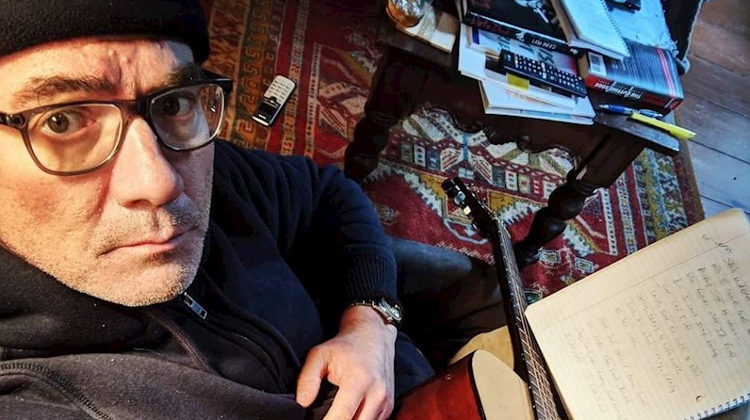 Seneko unleashes his alt-rock and country-infused sound over five tracks on his new EP, ‘69 Camaro.

Alt-rock and country artist Seneko – aka Stan Olshefski – likes to lean on what he knows best, and because of this, his sound has developed well. As they say, do what you love and it’ll show off your best work. New EP ‘69 Camaro is a testament to this, flitting around the alt-rock genre with frequent blasts back to the past to round off the guitar-laden sound and Americana edges.

Starting with the EP-titled ‘69 Camarao, fuzzy guitars immediately enter the fray in a slow and steady alt-rocker with an underbelly of Country. It feels straight out of the 90s and has all that guile and energy from the same period, Seneko’s vocals are on point and living out the American dream. Followed by No Goin’ Back it starts off with an almost psychedelic, settled intro before contradicting this with a pacey, upbeat sound that is impossible not to get swept up in. The first two tracks show the versatility of the artist and once again, as with previous EP Soul Numbers, Seneko is experimenting with different styles and playing around within the rock genre.

3rd track For Her Love settles things down a little, leaning more into Seneko’s country roots in a story-based slow-burner that shows off the artist’s lyrical structures amongst a love-lorn ditty: “I spent my last paycheck on dinner, a four-star restaurant by the sea”. The words may be full of cliches but for some, that’s what they want from their country songs, to get lost in a world of normal life and heartache.

We’re then hit with that 90s alt-rock sound once again when track Crazy as She’s Cute hits home with big guitars, a big chorus and a steady drumbeat. It saunters along with a power that perhaps could do a little more in the chorus, but is a well-layered track with good energy. The EP ends in fine fashion with Writing on the Wall, Senko letting off steam by creating a wall of sound and really letting rip – this is definitely a track that would finish off a live gig nicely and closes the EP in a fantastic way.

Seneko has created an alt-rock-country EP in ‘69 Camaro that shows off a side of Americana that’s wrapped in a 90s attitude. Seneko is having fun throughout and the explosive ending is hopefully a sign of what’s to come on further work. A fun sound and playful lyrics hold the record together in an interesting way.