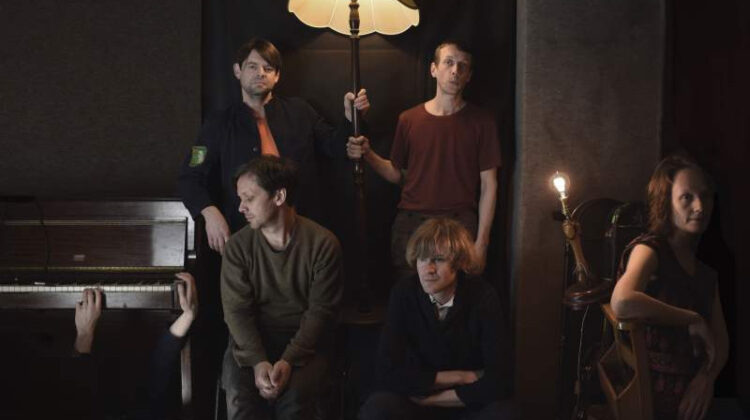 On their eighth studio album, British indie rock band Sea Power prove that they’ve still got it after all these years.

You would think that after seven full-length studio albums that any artist would find it nearly impossible to come up with totally new and original songs to add to their discography. But British indie rock band Sea Power has done exactly that, and they’ve made it look incredibly easy on their eighth studio album, Everything Was Forever.

This is a smooth ten-track album filled with tons of emotions and excitement to be found in the vast majority of its songs, even if it can feel a bit too repetitive in the second half. The record kicks off brilliantly in the form of Scaring at the Sky, which, despite its hugely ominous title, actually sounds like the definition of a warm, relaxing day in the hot summer sun.

A laid-back, dreamy guitar serves as the backing instrument for this track and is accompanied by the nuanced and comforting vocals from lead singer Jan Scott Wilkinson. It’s a nearly five-minute-long track that never once feels like it overstays its welcome, and that’s thanks to the immensely soothing production and warm vocals from Wilkinson that have the capabilities of making you drift off.

But it’s in the best way possible. It’s not so boring that you want to drift off, but rather, it’s so relaxing. The next track, Transmitter, is one that isn’t necessarily bad but it’s definitely one of the weaker songs on the album, mainly because the production on the song feels like something we’ve heard hundreds of times before.

It’s a fast-moving guitar track paired with a loud drumbeat by Matthew Wood, who is certainly a terrific drummer, but it seems as though the band may have had some conflicting ideas as to how this song should sound; it comes across as messier than they probably intended.

Gratefully though, things get right back on track with Two Fingers, a six-minute deep dive into the most majestic and holy wonders that good music can introduce to you. This song walks an incredibly fine line between being a 70s-inspired hard-rock song and being a futurescape, pop-punk track.

It is by far the best track on the album. The rest of the songs to come are without a doubt great, but not anywhere near the sheer wonders that Two Fingers delivers. The only other track that comes even remotely close is Doppelganger, an extremely groovy medley of the best of what disco and rock can offer.

It’s here where we truly see just how versatile of a singer Jan Scott Wilkinson is because there are plenty of songs on this album where he’s able to make you feel sad or comforted, whereas on Doppelganger, he has the power to make you get on your feet and start dancing. It’s genuinely remarkable just how smooth and effortless these transitions can often be on this album.

However, the second half of the album starts to feel a bit too familiar. Tracks such as Folly and Green Goddess aren’t bad by any means, but they do have a strikingly similar sound to other songs on the record, which makes for a disappointing but still relatively enjoyable finish.

It’s poetic that the last track on the album is titled We Only Want To Make You Happy because that’s exactly what Sea Power gave me – a ton of happiness in the form of Everything Was Forever; a hugely enjoyable indie-rock album filled with creativity and passion, even if not everything lands as smooth as it could have.