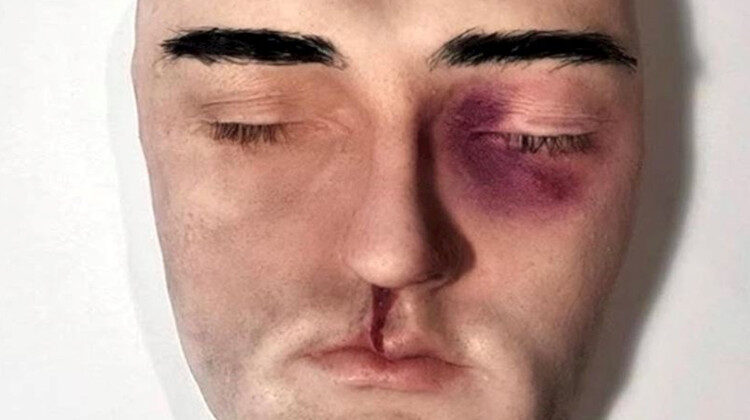 With Halloween just around the corner, new sophomore album Hallow’s Eve by Scotty Seed could be just the album to gear you up with its alternative and sinister edge. Taking its influences from alt-rock, pop, and dubstep, the record intertwines it’s ideas in a ruthless fashion as it simmers towards its conclusion.

Starting off with a minute-long intro of atmosphere building, the echo-laden vocals and an electronic/dubstep underbelly really give you a vibe of the dark and sinister sound Scotty Seed is all about. You’re then thrust into album-titled track Hallow’s Eve with its slow-paced heavy metal undertones that turn into electro-dance beats infused against Scotty’s creepy whispering technique. The floaty vibrantly paced sections remind of a more chilled out Linkin Park before things get weird and interesting again with more electro beats fading in and out over dub-laden bass lines to keep things interesting. You do feel that the drops should end in something more vibrant at times, but the eccentric sounds are still a good replacement.

You can tell Scotty Seed is having fun during this record, as he rarely sticks to one idea, always changing things up and trying something new. The Mask has a more electro club-laden atmosphere that wouldn’t feel out of place in a sweaty 90s venue whereas Sorry I Had To Go jumps straight into a heavy build-up and a half-paced chorus that give priority to the artist’s sinister vocals: “Sorry you had to go, you had to die for me you know.” Villain then leans more on the side of psychedelia with heavenly synths played against tailored beats and a confidence in Scotty we haven’t heard on previous tracks.

Just after halfway through the record, we get an interlude that allows the album to almost welcome in a change of atmosphere for the remaining tracks. Smile For Me reverts back to the dubstep sound but with added menace and guile that mostly hits home, but could still do with another layer or two to pull it all together. Eden takes tips from the 80s in its use of choir-esque synths leading into one of the most radio-friendly and addictive tracks on the record. We then wrap up with the pulsating and short closer, I Feel Blood, showing Scotty where he feels most confident with screwed down beats and bold and brash vocals.

Hallow’s Eve is a confident and intriguing record that shows Scotty Seed is not afraid to go against the grain. With a plethora of ideas and dark, edgy atmospheres throughout, Scotty manipulates sounds before changing direction on a whim, whether the listener likes it or not. It’s a confident release that some may find difficult to get into, but once you let yourself go you are taken on a mesmerizing journey.