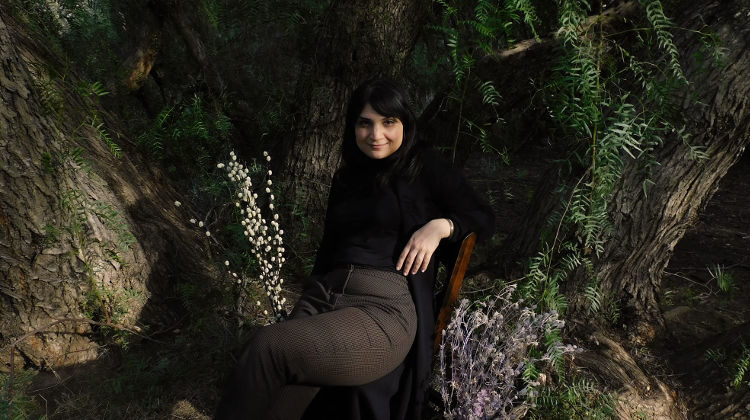 Minimalist composer Sarah Davachi revels in dreamy and furry atmospherics; attentive listeners can dive into her sprawling new album and discover an eerie and generative beauty which takes its time to unfold.

The Canadian minimalist composer Sarah Davachi is a skilful and seasoned purveyor of sparse, drone-based, analogue synthesiser music that’s heavy on mood and plays out like languid, finely spun, back and forth conversations. Listening to a Davachi record is akin to slipping into a perfumed bath after the daily grind; the classically trained pianist’s latest work guides her audience through the resonances of fifteenth-century pipe organs whilst examining concepts of transience, mourning, endings and impermanence.

Clocking in at eighty-one minutes and seventeen tracks, her debut serving from her new Late Music imprint, Cantus, Descant, explores the healing properties of a series of church organs from across North America and Europe. Typically, The LA-based Davachi prizes texture, timbre and atmosphere over volume, immediacy and technique, and here she applies dabs of echo and Mellotron to instrumentation rooted in electric, reed and pipe organs; her weightless, Satie-influenced compositions unspool like a bejeweled balm for our fraught times.

There is much to feast upon here, as Davachi’s unhurried melodies float and drift in liturgical directions, summoning a hushed feeling between a sob and an ache. Mellotron and sustained organ drones combine to dazzling effect on the stately Gold Upon White, whilst Ruminant places glowing violin to the fore and The Pelican unfurls like a Bach fugue doused in shimmers of reverb.

The arrival of her own sylph-like voice on the limpid Play the Ghost comes as a delicious surprise; on this and the equally enthralling Canyon Walls the organ swell and wash of reverb conjure a meditative haze worthy of the ambient reverie of Grouper, Julia Holter or Julianna Barwick.

Davachi builds a vast tapestry of porous, incantatory bliss that wields a restorative power; it’s a psychic journey of a record to explore at leisure rather than diving in expecting instant thrills.