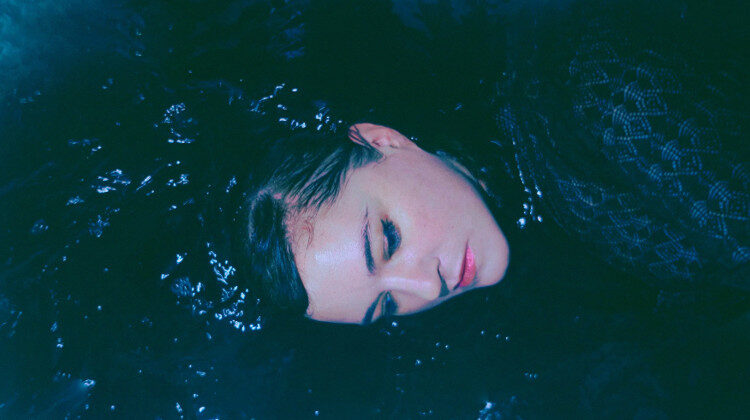 Ambient sculptor, songwriter and one-woman choir Julianna Barwick returns with new pals for a regenerative exploration of the human body’s capacity to heal itself.

The Louisiana-born singer, songwriter and producer Julianna Barwick stretches, manipulates and layers her ethereal and angelic vocals as a sea of wordless loops and aquatic drones that nestle between the sound of cascading waves and a gossamer one-woman choir. She cultivated her distinctive, airy vocals as a church chorister as a child and began making music in the mid 2000’s; her siren song compositions, draped in her reverb-soaked soprano, have mapped out a billowing, meditative terrain on critically acclaimed albums such as The Magic Place and Nepenthe.

Her first release since 2016’s wondrous Will and her debut on the legendary London beats label Ninja Tune is the stellar and self-contained Healing Is A Miracle, an embalming journey that operates as a chronicle of spiritual rebirth, buffering against the pummelling noise of the modern world whilst seeking regenerative spaces within.

Having turned her back on her Brooklyn home of sixteen years, Barwick has relocated to Los Angeles, where she has cultivated a small coterie of kindred spirit collaborators: the cult harpist Mary Lattimore, the electronic wizard Nosaj Thing and Jonsi, the frontman of Icelandic post-rockers Sigur Ros. Healing Is A Miracle resides in Barwick’s signature floaty and breathy register but adds subtle embellishments and modulations on an ecstatic recording that strains to touch the world rather than escape it.

The opening song, Inspirit, meaning ‘to encourage’, implores the listener to “Open your heart/It’s in your head.” It’s classic Barwick territory, all clarion clusters and choral gasps but this time meshed with a heavy, organ-like bass synth wallop that spreads disquiet.

Lattimore’s harp provides tranquillity and ballast on the ravishing Oh Memory, which unsettles the listener with a tactile piano riff, glitchy synths and accumulating, circling vocal choruses. Elsewhere, the hushed marriage of Jonsi’s dulcet tones and Barwick’s murmuring incantation unfolds in washes of reverb on the luxuriant In Light, a paean to saving yourself during bad times. Flowers sees her foraging for new textures and broadening scope as heat-sick, blasted synths cut through the haze of saturated echo and a dense patch of luminous voices.

The serene and entrancing Wishing Well is an unhurried assembly of windblown, ashen dream-pop, a warbly amalgamation of sob and sigh that could be sung by spectres, an almost liturgical flotation-tank reverie that showers the listener in light.

Influenced by new age, religious hymns and a capella choral music, Barwick excels at commanding the listener’s attention with an immersive, demure and ambient form of pop that reeks of both solitude and opulence, effortlessly joining the dots between Grouper’s gauzy sleep rock, Amiina’s folksy electronica and Arvo Part’s sacred tintinnabuli classical.

As she roots around in her psyche for restorative ways of self-healing from recent romantic travails, her plaintive vocal loops manage to convey the vastness of the universe whilst conjuring up imagery from the mundane and every day to which we can ascribe and project personal meaning; her abstract sounds delight in both coaxing us away from and towards the world.