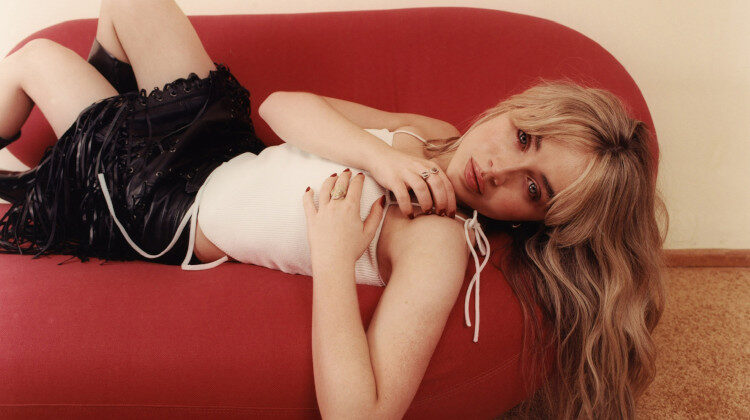 The fifth studio album from Sabrina Carpenter, Emails I Can’t Send, is a hugely personal explosion of intimacy, and also her best album yet.

Being a Sabrina Carpenter fan is both the best, most rewarding thing ever but also the most frustrating. It’s rewarding because you know with absolute certainty that whenever she releases something new, it’s going to be fantastic. But, it’s frustrating because the singer-songwriter surely takes her time with her projects.

But oftentimes when an artist takes a long time to put out new material, it’s for the best. I, for one, would rather have the best album possible instead of one that was thrown together in no time.

Carpenter’s fourth studio album Singular: Act II was released three years ago, and since then, we have only gotten a few singles along the way. These singles have now made their way onto her newest album Emails I Can’t Send, a hugely personal explosion of intimacy that also stands out as Carpenter’s best album to date.

The title track serves as a solid and beautiful opener, coming complete with a relaxing piano instrumental that sort of sets the tone for the rest of the album to come. It’s an album filled with personal matter and all the ups and downs that come with growing up.

Vicious is a song that was recently released as a single and it’s not hard to see why. The fact that this song isn’t absolutely destroying the charts right now is a shocker for sure. It’s a feisty breakup tune with a smooth bassline, topped off with Carpenter’s soothing yet mighty vocals: “One year, ten thousand bad moments / But it was dressed up in heated emotion / And I tried to look for the best in the worst / But like, fuck me, that caused a commotion,” she sings in the opening verse.

To tell you the honest truth, there isn’t a single song on this entire album that I dislike, which is why it’s so hard to pick a favorite. It is probably going to change every other day or so, but as of right now, it has to be Read Your Mind.

It sort of gives Looking At Me vibes from the aforementioned Singular: Act II. It’s basically the more mature version of that song’s tone. The next time you’re having an awful day and you need a bit of a pick-me-up, play Read Your Mind and you’ll be sure to smile and tap your feet along to the beat.

This record isn’t entirely upbeat pop anthems, however. Tornado Warnings is a slow, melancholy song that gets personal about Carpenter’s habit to ignore red flags because she simply tries her best to see the good in everyone. It’s not something she can easily control, no matter how hard she tries. It’ll surely be a hugely relatable song for a lot of listeners who may even shed a few tears.

The song that’ll definitely get the most social media buzz is Because I Liked A Boy, mainly because it seemingly addresses the overwhelming backlash that Carpenter received last year when the Olivia Rodrigo, Joshua Bassett, and Carpenter love triangle drama was all over the internet.

On the song, she opens up about her feelings in regards to being victimized and being blasted by haters on the internet. It clearly was a difficult track for Carpenter to write and perform, and it’s easily a standout on the album.

There are also some more singles down the line including Skinny Dipping, which is possibly the most unconventional song that the singer-songwriter has ever released. The verses don’t necessarily match up with the instrumental in a way that most songs would, but it’s not a bad thing at all. The song is truly unique and unforgettable.

Then, of course, there’s Fast Times which is definitely in my top five songs from her entire discography. It’s the definition of a song that should have been number one on the charts but, sadly, didn’t come to fruition.

Even still, though, I can only hope that Emails I Can’t Send does extremely well because it’s not only the best album from Sabrina Carpenter to date, it is currently my favorite album of the year.