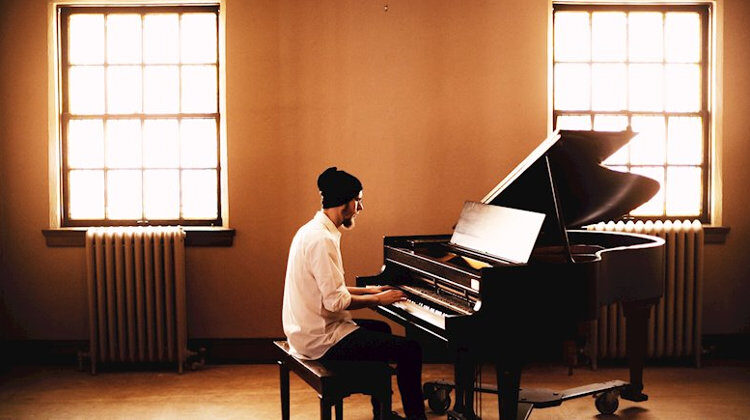 Ryan Summers draws on his experiences deprogramming from an internet cult in the experimental/psych/electronic rock of new album Undo Influence.

Ryan Summers has been through alot and like any good artist, wanted to use his experiences to create something. New album Undo Influence is that something, with Ryan looking back over his personal experiences within an online cult to dissect and come to terms with it all. Using a myriad of styles and ideas based around experimental, electronic, rock, and ambience, the album twists and turns as a dark and enthralling listen unfolds.

Starting with Chasm sets out the heavy material of the record, both musically and mentally. Plinking guitars litter the intro before electronic drones settled in, feeling very Pink Floyd-esque. Soon, layered, soothing vocal tracks begin to bring the music out of its shell before the lyrics kick in. It gets darker and fuzzier in atmosphere as the track progresses, with heavy beats added into the mix that suit the thick soup of human emotions portrayed throughout: “ Chasing all the lights until you cross the sky, watching the water, tides above you rise”.

The Curious Story of Brad Halsey follows, more focused on an electro-indie sound that could be straight from the late ‘80s. It works well, once again building a strong atmosphere and setting the scene early on, manipulating layers and ideas as the track progresses.

As we delve forwards through the record, it’s almost as if we’re diving further into Summers’ unconscious as he reveals more conflicting ideas and instances behind the undeniably heavy topic of cults. Holy Criminal settles into a more underground, industrial sound with pop connotations that help to brighten it around the edges, whereas Let Us Pray proves to be more cataclysmic, building on a hypnotising sound that perhaps misses out slightly on centering around something special.

There Is Nothing For Me Here sounds as ominous as the title suggests, but structured in a really interesting way compared to the rest of the record. Built around an almost Broadway musical style, Ryan Summers’ vocals come alive against the gentle and serene backing track, really showing off the heart and soul of the artist and the hardships he’s endured. The record ends in emphatic style with Warp Coil, perhaps the most electro-driven track that builds itself into a frenzy and ending the album on a high.

Undo Influence from Ryan Summers may be touted as an electronic album, but it feels much more than that. The depth in source material and a constant switching of styles keep the record interesting, if not completely coherent, but this only strengthens the potential comparisons to the artist’s mindset at the time of his cult experiences. A fascinating record to dive into.