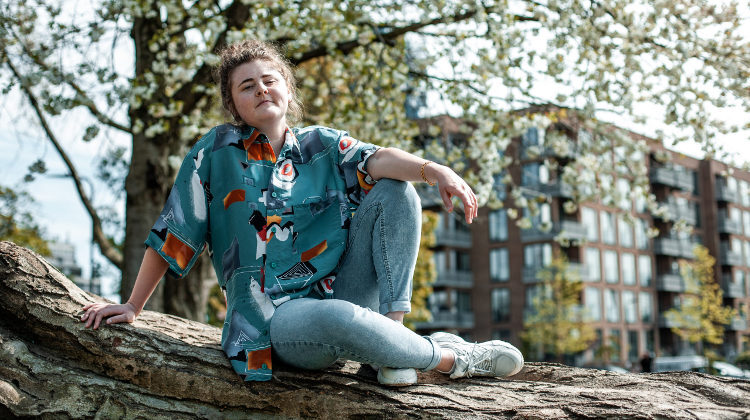 Alt-pop artist Runrummer is back with a brand new, exciting EP with excellent flow in the form of Outer Space.

Unless you’re heavily into the alt-pop and electronic music scene, chances are, you probably haven’t heard of London-based singer-songwriter Runrummer.

She hasn’t been in the industry for too long – a few years professionally – but I have a feeling that her popularity is going to increase significantly with the release of her brand new extended play Outer Space – a collection of five uniquely crafted tracks that will surely put a smile on your face and make you crave more.

Guten Abend opens the album, a short intro to the settled beats and playful, synthy, spacey flows that are ahead. Cosmic Love then hits home with a broadcast signal of something you’d hear from Apollo 11. A steady drumbeat eventually kicks in, while an astronaut counts down “Three… two… one”, which then, in turn, signals Runrummer’s vocals, singing “The countdown’s on rewind / A million miles lost in time”.

Runrummer has said that the track is very much inspired by David Bowie’s Space Oddity, and it’s incredibly clear but it’s not a copycat of the 1969 song at all. There are certainly similar vibes and sounds, but Runrummer’s instrumentals and alt-pop sound make it a significantly different track.

The entire EP feels like one, large, flowing project that doesn’t have any jarring transitions which fits in with the overall theme. Nightcaller is a testament to this, and my personal favorite on display here. It reminds me so much of what The Weeknd is doing now, and I’m not complaining at all. It seems like recently, a lot of artists have been trying to bring back the synth-pop sounds of the 80s, such as The Weeknd’s Blinding Lights and Save Your Tears. Nightcaller is a beautiful throwback to that 80s synth-pop.

Sunny Day, another laid-back track that stands out from the rest of the otherwise pop-heavy sound, giving us a little change of pace. Much like the rest of the songs of this album, it’s the type of track that you could turn on, and simply relax, which, in these times, I think everybody wants to do.

Outer Space finishes strong with Game Over, slowing things down as a more melodic track… at least at first. It’s a soothing song to listen to while doing some reading or writing, while also giving you that electronic jolt to give you a little pick-me-up.  Runrummer’s Outer Space isn’t a perfect album by any means, but it is most certainly an incredibly fun listen and one that will put your mind at ease.