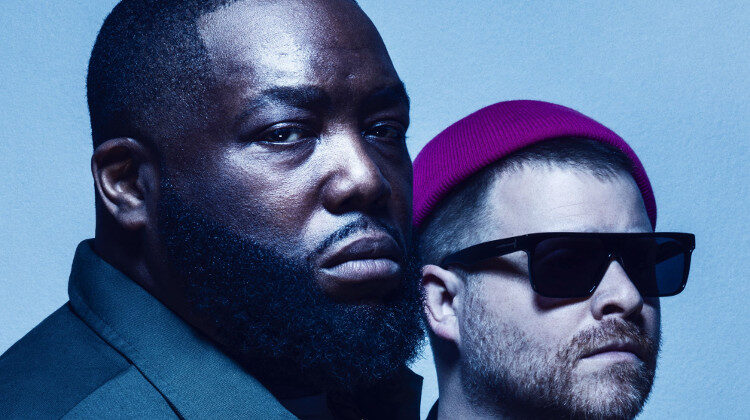 Rap powerhouse Run The Jewels return with RTJ4, a raw body of work sure to be the soundtrack for this moment in time.

Rap-duo Killer Mike and El-P, otherwise known as Run The Jewels, spent the 2010s setting new standards for rap. Despite not receiving the same recognition from the mainstream as acts such as Childish Gambino or Kendrick Lamar, they have released three world class albums that are scarcely criticised. Now, on their fourth release RTJ4, they appear to be in their prime, producing ominous perfection with ease that is most poignant right now.

From the get go, the shining star of RTJ4 (as always) is El-P’s production. Combining remnants of nineties hip hop and dancehall, with tasteful samples – all whilst consistently having a dark undertone – he has created a flawless world for him and Killer Mike to trade verses. The drums and bass work in harmony throughout the album to ambush your body with its formidable power. A generation of rappers have relied on budget producers producing from their MacBook’s at home, which is rarely done well, swarming the charts with amateur beats; however, El-P is sure to inspire with this masterclass.

As the album progresses it evolves from upbeat to pure apocalypse, with the turning point being after their collaboration with 2 Chainz (Out of Sight). With a staggered intro, the song soon demands heads to be bopped. Having three rappers on one track enables there to be few breaks in vocals, leaving you out of breath just listening to it, but somehow in a pleasant way. When there is a break, the samples and instruments are drenched in delay, foreseeing and brewing the dystopian feel of the rest of the album.

Run the Jewels have undeniable talent, but to newcomers the variety of collaborations on the album will appeal. Whether it be Queens of the Stone Age’s Josh Homme, or soul legend Mavis Staples (who both feature on the penultimate track pulling the pin), the groups universal respect in the industry is on full display with their ability to pull in artists well outside of their genre. The most visceral of these collaborations is seventh track, JU$T, featuring Pharell Williams and Zack de la Rocha. A barebones beat sits behind heavily political lyrics, pointing fingers at everything that is wrong in the United States, from police brutality to powerful paedophiles, topping it all off with the chorus “Look at all these slave masters posing on your dollar” – de la Rocha validating the message with his signature growl.

Despite being written primarily last year, RTJ4 is as relevant now as it ever will be. Released two days earlier than scheduled because of the Black Lives Matter protests in the wake of George Floyd’s, Breonna Taylor’s, and Ahmaud Arbery’s murders (El-P has been particularly vocal and in the public eye), the album will unquestionably become the soundtrack of the history being made. Much like James Brown’s Say It Loud – I’m Black and I’m Proud was for the civil rights movement. There is no low point to RTJ4, it is a powerful body of work that shows exactly how it is done, and may just be their best album yet. The band themselves (about the early release) said “Fuck it, why wait. The world is infested with bullshit so here’s something raw to listen to while you deal with it all.” and there isn’t a better way to describe it, than raw.