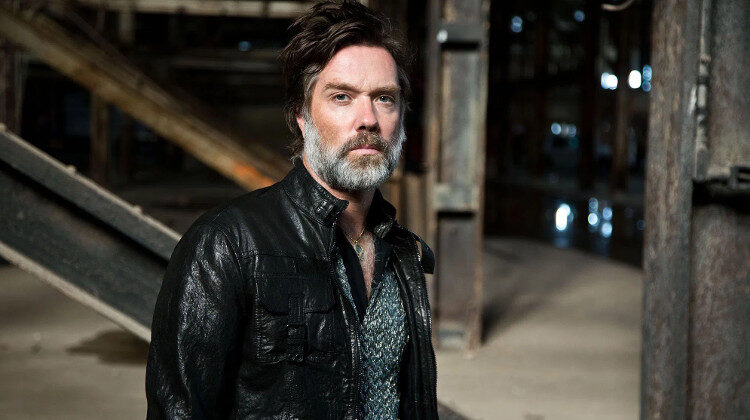 Flamboyant Canadian-American singer-songwriter Rufus Wainwright wrestles with creeping middle age and harks back to past baroque glories on an opulent set of orch-pop throwbacks.

Having waded into operatic and Shakespeare sonnet waters on his most recent efforts, Rufus Wainwright’s return to his trademark sleek ‘popera’ sound on his first pop-oriented work since 2012’s Mark Ronson-sculpted Out Of The Game both reassures in its cherry-picking of his numerous guises and flavours and ushers the ‘second act’ of a late period creative flowering.

Recorded at the same LA studios that spawned his breakthrough debut and steered by producer Mitchell Froom (producer of Randy Newman, with whom Wainwright shares a penchant for acidic lyricism and stately musical drama), his ninth long-player is a typically baroque and heartfelt affair steeped in mid-life self-reflection and bruised melancholy, elaborate but never cluttered.

There are some detours into soft-rock, folk and synth decoration, but the predominant modes displayed are florid, symphonic pop and spartan torch ballads in which the daredevil singer’s Bacharach-on-Broadway compositional chops and increasingly rich tenor navigate what feel like cathartic strolls through the blueprints essayed on his breakout run of albums, Poses (2001), Want One (2003) and Want Two (2004).

Rufus Wainwright could not be accused of scrimping on the supporting cast, as a steady and sympathetic backing band comprising two of the integral members of Bob Dylan’s current combo (Blake Mills and Matt Chamberlain) and drummers’ drummer Jim Keltner are on hand to execute and flesh out some of the singer’s more grandiose experiments.

Happily ensconced in Laurel Canyon with a husband and a nine-year-old daughter, the former hellraiser reflects on domestic serenity and encroaching middle age whilst grappling with the hedonism and demons (drug addiction, sexual assault, the death of his mother) of his days of youthful bravado.

Its calling card is the beautiful, bath-robed piano ballad, Alone Time, a song recorded long before Covid-19 but which has already assumed the mantle of isolationist anthem. Elsewhere, Wainwright’s satirical bite and wider gaze show no sign of abating, as the Anna Wintour world of LA fashion comes in for skewering on the opening, Beach Boys-inflected Trouble In Paradise and the heart of darkness of Trump’s USA gets angrily dissected on the John Grant-like Devils And Angels (Hatred).

Most of the record swims in a pool of stately, sure-footed splendour and psychological burrowing, serving up wry commentary on life lessons learnt. Equal parts Father John Misty and Strauss’s Four Last Songs, the resplendent Romantical Man is a polished paean to his favourite spots in London that’s driven by dizzy strings, piano and descending vocal harmonies.

Peaceful Afternoon is one of the most immediate and striking items here, a lolloping, folky serenade to his husband that’s suitably enriched by airy backing vocals and strings. The charming My Little You, a lullaby for his daughter humorously recounting episodes in Daddy’s past, pivots around an ebbing piano melody and one of the singer’s most graceful vocal performances. The sublime Early Morning Madness sets out its stall with pensive piano and his pillowy voice but then shoots off into intoxicating new territory as its enveloping drug addiction saga incorporates spangly synths, shards of musique concrete and a cavernous crescendo, spiralling into a A Day In The Life-like rupture like an explosion of roman candles; you can hear entire worlds in the bewitching arrangement. There’s a wonderful dive into Joni Mitchell-referencing, 70’s AOR on the lilting orchestral folk of Damsel In Distress, which could be cut from Bowie’s Hunky Dory.

Rufus Wainwright has never been shy of aspiring to grandiose, celestial beauty in his music; on this collection he proves he has a bottomless capacity for classy, indelible, grown-up pop music that’s unpredictable, sonorous and captivating in equal measure.