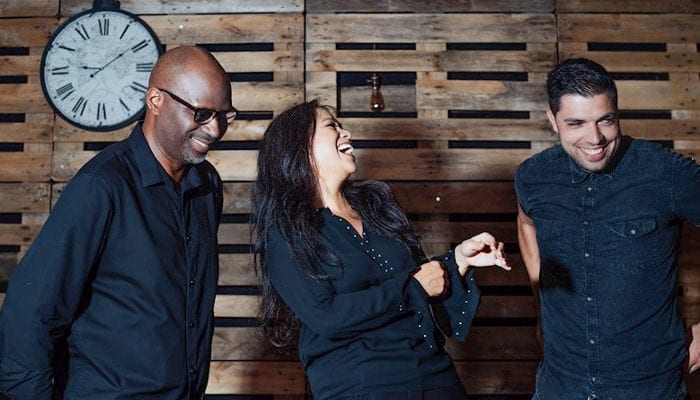 New record It’s Time from Rose Ann Dimalanta Trio goes to show that with great musical knowledge and great friendship, something special can be created.

Rose Ann Dimalanta Trio are very talented musicians. They’ve all been in the industry for years, with each gaining high accolades in their fields. Rose for example, was in Prince’s band for his Musicology tour, and you know you’ve got to be good to play with Prince. Raymond McKinley has toured with some of the biggest names in gospel, and Massimo Buonanno is one of the highest demanded drummers in Europe. I guess when they got together, they kind of resembled a musically talented superhero team – think of them as The Avengers of the music world. The kinship between them is apparent from the very start, with new album It’s Time allowing the trio to show off why they’re so good at what they do.

Forever Day By Day starts off the record deep in Jazz roots before seamlessly switching to a funky bassline as Rose’s sultry vocals slide in. Her lyrics immediately speak volumes and show a confidence the artist has always been keen to show off: “Since i found out you’re the very man who can captivate my soul, I’m feeling so alive again and i don’t wanna let go”. With a hint of Michael Jackson pop connotations and Gregory Porter-esqe vocal stylings, there’s also a sound of early 90s production and groove as the track progresses. 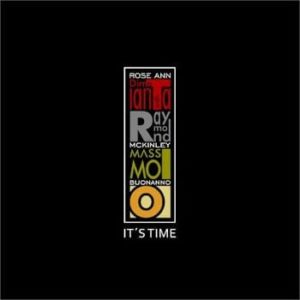 10 Miles To Empty takes a more electronic feel with the bass allowed to walk on its own throughout and guiding every other instrument along with it. It’s stylish but empty sound is its strength, not needing to do much but allow Rose to play her way over the melody. The track is inventive and unique with jazz snippets intermittent against a steady beat, and Rose even trying out a speaking part that seems to be ‘in fashion’ these days.

Seven Days hits you with all the smoothness and chemistry you would now have come to expect from the trio. Gentle keyboards and bells hum throughout and really show off the artists’ skill at finding rhythms and riffs where others would fail. The drums perfectly replicate the mood of the track with similarities to early Norah Jones, being able to dive right into the essence of someones soul through sound. The track is perfectly content to rest on its laurels without vocals, allowing the band to show off their musicianship and strong connections between each other.

Measure Of A Man could be a perfect movie score as it brings up many emotions, not just through the vocals but also the beautiful, heartfelt piano portraying ideas and feelings that words couldn’t. Latin Soul then changes things up completely with a jazzy beat and soulful undertones that are magnified by some of the most impressive and varied drums on the record. In fact, all instruments here take their turn at the forefront in a way that only jazz can do, with piano and bass also playing an integral part of the track. Once again, Rose chooses to just take on the instrumentation instead of vocals, creating a more technical effort that really stands out.

Debut single Nogoodbyein’ relies once again on that early 90s era sound, but cross-referenced with nods to Jamie Cullum’s energy and more pop undertones in the melody against electronic beats. It’s an interesting mix, all topped off with a soulful atmosphere that gives it some attitude and face. Rose is having fun here and it really shows.

The record ends with the aptly named That’s All, allowing the trio to sign off in style with a sultry effort that pulls at the heartstrings against a humble piano track and some of the prettiest lyrics on the record:  “A love that’s burning bright will warm the winter’s night”. It slows where necessary and rises on que, creating the perfect ending and summation of the record.

It’s Time is a beautiful record that not only shows all the technical ability from three fantastically talented artists, but also has a real camaraderie about it. The tracks come alive with strong melodies with everyone knowing exactly what they should be doing at what point, even if it’s interpretation, and never stepping on each others toes as they take turns at the forefront. Rose’s vocals should also be commended for being sultry when needed and strong when necessary, pushing the tracks forward in a great manner – it’s no wonder when bandmate McKinley first heard these tracks from Rose, he pushed to get them recorded. It’s Time deserves all its plaudits, and is a culmination of an intense musical knowledge backed up with good old fashioned melodies.