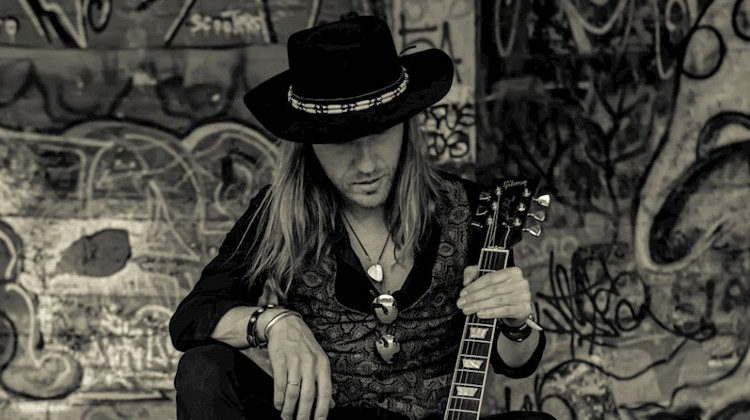 As one of Lithuania’s hardest working musicians, Robertas Semeniukas has built up a name for himself within the country that is now seeping out to larger audiences. Album Backstage Stories shows off the artist’s penchant for heavy rock and tailored guitar solos, but really shines in its quieter moments and penchant for changing genre with ease and grace. That the music is sung in Lithuanian when vocals are present shouldn’t put anyone off who is unfamiliar with the language, as there is a lot more to discover from within the music’s impressive scope and majesty.

Opener Kai Nieko Nebelieka sets the outlay of the record nicely as heavy rock guitars fill out the sound amongst fast-paced vocals that jutter along in an almost rap-like vibe. The chorus perfectly contrasts the verses vocal rhythms, helping it stand out and differentiate itself. Nesustok is a track more in the vein of 70s The Who as gentle guitars fall forward complemented with some nice harmonies from Juste Kraujelyte. Gitaru Selsmas then takes us back to that rock mentality with one of the first instrumental tracks, showing off Semeniukas’ skills on the axe as he riffs and solos his way through with the bass holding pace amongst a steady drumbeat and an essence of Guns n’ Roses.

As the record progresses, you get to notice a few more of the subtle differences in the instrumental and vocal tracks which start to come alive. Killer Boogie from China takes on a blues-laden sound with harp and delta blues guitar riffs starting off slow and steady before being transformed into a fast-paced and effortless boogie that switches back and forth with grace. You Gotta Move is another bluesy number, this time sticking to the settled pace and adding gorgeous vocals that anyone from the deep south themselves would be proud of.

Although Semeniukas prides himself on his heavy rock sound, it can be in this atmosphere that some tracks feel slightly generic and a little laboured at times. Asian Sky finds it hard to offer anything new from previous tracks, with Dream Song once again suffering a similar fate with extended solos and, due to the mammoth size of tracks, it just feels a little unnecessary so near to the conclusion of the record. The record does, however, end on a high with the endearing and constantly flowing Nebilla Lankoj. Veronika Povillioniene adds her vocal talents, residing in a mystic atmosphere that gently saunters forward as guitars gradually build in subtley between the vocals and piano structures. A very interesting and inventive end.

Robertas Semeniukas has done well to try and tailor so many different talents into a coherent and lengthy record that mostly works. The plethora of ideas and genres show he can apply his talents to anything he wants, and the use of guest vocalists helps add depth and inventiveness to the overall sound. At times it can feel he relies on his love of heavy rock too much, with the best ideas coming in the ambient, blues and more subtle pieces.