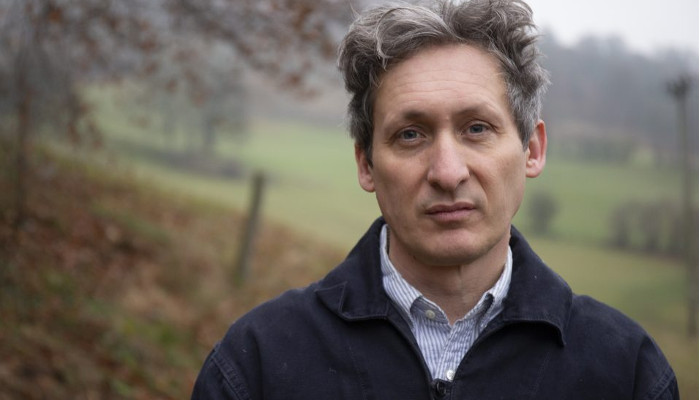 In which the celebrated music author sets out to examine the reciprocal connections between the English pastoral and music, via a psycho-geographical cycle of essays on landscape and sounds.

With his fascinating and heartfelt new book, The Lark Ascending, the venerated music writer Richard King has taken Vaughan-Williams’ enduring titular composition as the starting point for a loose-limbed, idiosyncratic and serpentine interrogation of England’s wild places and the ways in which music of many stripes has used landscape to illuminate, shape and cogitate a sense of character and identity. This tethering of music to landscape has its roots in a whole strain of early 20th century classical music (Elgar and his flowing Malvern hills, for instance) from the British Isles; this riveting if jagged inquisition acknowledges the unsavoury connotations of patriotism and conservatism as well as the dissenting ecstasies of paganism and hippy utopianism.

Ideas, anecdotes, postulations and personal accounts pulsate and weave throughout this tangential journey, anchored by a series of headphone walks and dialogues with a plethora of artists, rustics and thinkers. Tangled and multi-faceted, King’s work encompasses psycho-geography, social history and cultural treatise as he zig-zags between such disparate bedfellows as Kate Bush, Stan Tracey, Boards of Canada, Vashti Bunyan, Autechre, Penguin Café Orchestra, Ewan MacColl, Gavin Bryars and Harold McNair for an ebullient bout of meditative myth-making and conjectural ambling.

King is an erudite guide and writes effusively about those artists whose popularity and acclaim demonstrate an appetite amongst the populace for Arcadian whimsy, outlier innovation and artistic risk. A passage about the aural patina of Boards of Canada’s mysterious Music Has The Right To Children album embodies the author’s fervid engagement with sound, remembrance and the natural environment:

“A recording of wind that runs throughout Triangles & Rhombuses is one of the most audible examples of the influence of the natural world on this album, echoed in song titles such as Wildlife Analysis, An Eagle in Your Mind and Turquoise Hexagon Sun. The latter is a name the duo used for their home studio in the Pentland Hills. It is also a vivid description of how the first light of morning might look during a shamanic rave in rural Scotland”.

King’s approach is frequently speculative and can occasionally seem artless and naïve, for example when theorising about the genesis of Boards of Canada, or perfunctory and careless, as when he misses the trick of invoking Wuthering Heights and Bronte’s pivotal heaths in his discussion of Kate Bush’s unfettered retreat into the self and memory. However, his avid and florid exploration of the Jamaican jazz flautist McNair’s breathy tone, both on the soundtrack of Ken Loach’s Kes and a series of baroque psych albums by Donovan, and Stan Tracey’s adroit “pastoral modernism” jazz suite interpretation of Under Milk Wood radiate an aching serenity that ultimately eludes Billy Casper in the 1969 film.

The troubling, toxic spectre of fascism (Tarka The Otter and Rolf Gardiner), cruelty (McNair’s harsh upbringing) and draconian forces (exemplified by The Criminal Justice Bill) reflect the darker impulses of identity- fixated schemes of progress and hover around the edges of this story, yet the overarching textures and gestures of King’s book remain those of a paean to rural lands as a source of vibrant energy, elevating inspiration and uncorrupted change.

On the surface, King would seem to be over-stretching himself here with such an ambitious, far-reaching task, yet the digressionary, fleet-footed and associative method of his inquiry sits well with the impalpable weep of its subject: he is happy to cast the nexus of music and landscape as an evolving work in progress rather than a salubrious, unsullied paradise and doesn’t attempt to reconcile the less savoury elements of tradition and landscape with its numerous episodes of beatific transcendence.

Whether jabbering about Morris dancing, the bucolic Beatles and 90’s rave culture’s Ecstasy-enhanced Eden or eulogising the Thames Estuary, the Lothian hills and sun-dappled fields, The Lark Ascending succeeds as an authoritative, if occasionally baggily indeterminate and opaque survey. I’m more than willing to forgive the project’s rickety moments of drift, glaring omissions (no mention of either Virginia Astley and her sonic balm, From Gardens Where We Feel Secure, or the ethereal, electro-acoustic haze of Epic45, for example), inconsistencies of spelling of my ancestor Herbert Sumsion’s surname and uneven trajectory of peaks and dips; it’s a tract which reclaims a cryptic concept from shadowy ideologues wishing to project hostility and ostracism, a beguiling reverie as comforting as a summer shower melting into a heady mist.