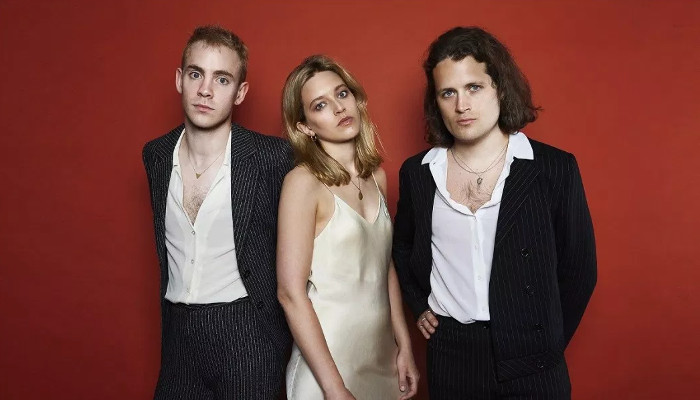 Whenyoung release their much-hyped debut record Reasons To Dream, showing off their penchant for jangly power pop and insightful lyrics.

Irish trio Whenyoung haven’t been around for long, but they’ve made the most of their short time on the music circuit. Making the bold step of moving to London from their hometown of Limerick was an early choice that helped build a bigger, loyal fan-base, but they’ve also never forgotten their Irish roots; they even performed at Shane Mcgowan’s 60th birthday celebration alongside Nick Cave and Sinead O’Connor. Debut record Reasons To Dream, therefore, comes with high expectations that thankfully hit home amongst power-pop chords, infectious lyrics and music that proves a fanbase correct to back them.

Previous single Pretty Pure starts off the record with a floaty atmosphere backed by stomping guitars caressing a jangly, pop sound. Lead singer Aoife Power delves straight into politicised messages as Strokes-style guitars sit on a bass line that leads into a stomping chorus of fuzzy cuteness: “Its a tragic point of view It’s pretty honest but it’s fucked up to”. 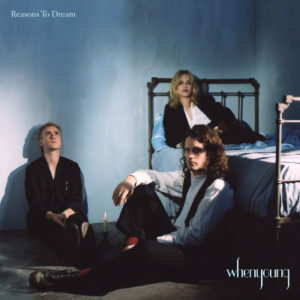 The anthemic Never Let Go is the perfect big beat stomper as interestingly layered sections drop off to make way for one of the more barnstorming choruses on the record. Hints of noughties indie band JJ72 creep in as Power’s strength in finding melodies becomes fully defined by enlisting the help of a power-pop, synthy chorus to layer out the track to her advantage.

The Others gets back on the political message, being inspired by the Grenfell Tower fire incident. The commentary pushes on to discuss the separation between the rich and poor in modern Britain, calling on rhythmic melodies to push the point home: “Tell your kids that nothing’s equal, even in a land like this, ignorance is peaceful”

Blank Walls then takes on ballad-esque sections by switching from quiet and sincere to big and bolshy amidst teen-angst lyrics, whereas In My Dreams is the antithesis of this with its fast steady beat against a desperate edge. This gives the piece that extra something it needed to stand out.

Whenyoung have created a fine debut in Reasons To Dream, proving they know their sound, know their audience and have tailored everything into a perfect, indie package. The post-pop atmosphere never feels dull or washed out, with Power’s lyrics constantly finding melodies where others wouldn’t. What you get from the album is a band that loves performing and not afraid to give their own, honest opinions. That’s a lot to say in today’s world.