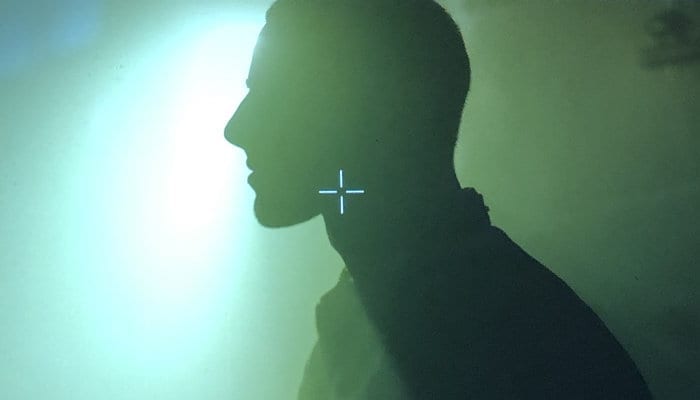 Voyce Memos release new record Catching Me In Stride, calling on decades gone by for inspiration and filling in the gaps with synth-laden sounds.

Looking inside yourself for inspiration is difficult for some bands. That’s why you get a lot of ‘empty’ music devoid of emotion and instead focussing on the ego or lyrics that mean little. This couldn’t be further from what Voyce Memos have achieved with new record Catching Me In Stride. The trio has used full-on emotion against impassioned words, coated in a shroud of synths, disco and 90s beats. The record wonders through the influences of their favourite artists, but also contains some great nuanced pieces that are distinctly their own ideas.

Division starts the record with funky beats and synths that fade into Daft Punk plinking guitar and New Order-style vocals – a good mix that works well. Repetitive guitar riffs hypnotise the listener as more synths are melded and layered against the strong melody and thumping electronic drums. Borger’s ability with different vocal ranges adds depth to the track and allows it to saunter off in its own direction, even introducing a fine sax solo at one point. 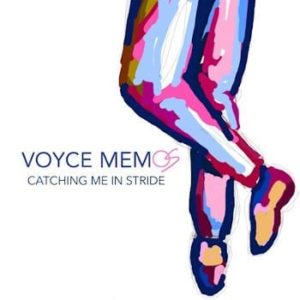 Quixotic focuses on a more disco beat but maybe this time taking a few too many tips from disco/funk masters Daft Punk. Despite this, the track is still strong, featuring some great bass work and strong production work. Track Indifferent also focuses on the same kind of vibe, adding in some Michael Jackson rhythms to boot. The band really love that funky sound.

Better Island is a more distinct track that features great inventiveness in a strange rhythm that cuts and twists around the listener’s ears. Live drums are used to create a different atmosphere and work really well against the heavy beats. Its psychedelica vibe is backed with some fine vocal work from Borger, humming and strumming his way through a delicately balanced piece in perfect harmony with the rest of the band. This all comes to a crescendo before cutting out and surprising by starting up again.

Catching Me In Stride leans heavily on the bass to walk it forwards against belated bright guitar sections and one of the strongest rhythms on the record. The vocals sit beautifully over this as lyrics of confusion, sadness and solitude highlight the singer’s disposition: “One step forward, you take a step back and force the signals”.

Lazy Radio starts off with a bright and airy feel, sounding like late Beatles with a country vibe whereas Conversation heads straight back to early 90s Electronica with an R&B twist. Album closer Argentine finishes in epic fashion as it builds and builds amongst layered vocals, guitars and overwhelming synths. The funk makes way for a huge sound that assaults the emotions but is never unwelcome.

Catching Me In Stride is a record with some great ideas and interesting sounds. The group work best when they are focusing on the unique, and although tracks that exhibit comparisons to bands like Daft Punk are genuinely good, sometimes it feels that too much emphasis is placed on sounding like them. Despite this, when the band are in their element on tracks like Catching Me In Stride and Argentine, the music really flies and you can feel the atmosphere lift. Voyce Memo’s have the start of something great here, and once they’ve decided on their sound, big things will follow.