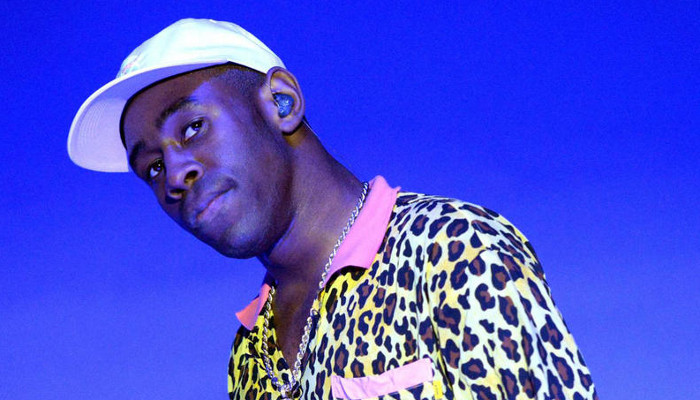 Tyler Okonma will make your ‘Earfquake’ with his latest album, Igor. He is an artist, a producer, songwriter, designer, and, most definitely, an absurdist (or abstractionist, depending on your angle), from a Neu-Renaissance of sound.

Tyler let his public know early on that he doesn’t mean to be famous for rapping, but for his creative abilities in putting melodic and visual elements together. His music videos such as Yonkers propelled him into the public eye and became iconic pieces of work. Since then, he has been perfecting his many skills, growing and experimenting. Released in 2017, Flower Boy was the first glimpse of a “real” Tyler. He poured himself into a sound for the first time and showed much more than anger and absurdity. Still chaotic, however, or else it wouldn’t be Tyler, the Creator.

Igor, is his 6th album. The record has interwoven collaborations from artists such as Solange Knowles, Pharrell Williams, Kanye West and many more. This is the most vulnerable side Tyler has shown so far. He manipulates his voice for the purpose of the album’s narrative and arranges the melody to skillfully give it some plasticism. You can observe in this evolution that he stops prioritizing short bars and heavy synth’ drums to introduce a much more melodic oriented scene, giving it a cinematic touch. IGOR’S THEME lets us know how he feels: “Got my eyes open”, “He’s coming… They gon’ feel this one”  and seems self-aware in facing the situation he’s in. On EARFQUAKE, he realizes this is a toxic relationship that he almost desperately wants to – but isn’t able to – give up. This first part of the album is focused on confronting this reality and hoping his love affair could somehow still progress. 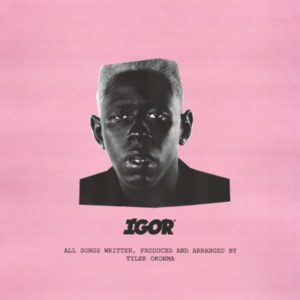 Kanye West is perhaps the most influential collaborator throughout the album; on PUPPET he uses vocals and iconic sampling of Nigerian disco’s Special Lady from Bibi Marcel against his signature drum set. Solange backs him up gracefully on the chorus giving it a certain groove. I can’t help but hear some Kavinsky influences in the synthesizer, but that can be up for discussion.

The spoken word elements throughout the record are by stand up comedian Jerrod Carmichael. They lead the emotional flow of the album, opening for the following song and are extremely pivotal for this sequence. NEW MAGIC WAND sounds like the darkest part of Tyler’s character coming out, referencing an unwanted third person in the “frame” where he suggests getting “her out of the picture”. His lover isn’t giving him all the attention he wants: “I want a hundred of your time/ You’re mine”. If this could be associated with grief stages, this one would be anger. He is grieving for the fact that ultimately this relationship has to end. A BOY IS A GUN follows on and is the realization of the toxicity this person has towards him: “How come you the best to me? I know you the worst for me/ Boy, you sweet as sugar, diabetic to the first degree”.

You can hear the Ponderosa Twins Plus One sample Bound, also sampled by Kanye in Bound 2, with WHAT’S GOOD continuing on this tendency. The album wraps up with GONE GONE/THANK YOU, I DON’T LOVE YOU ANYMORE and ARE WE STILL FRIENDS where he enters the “bargaining” and “acceptance” phases, understanding that at the end, the best thing to do is to part ways with this person. An overall unexpected album and quite an engaging love story that most of us can relate too.