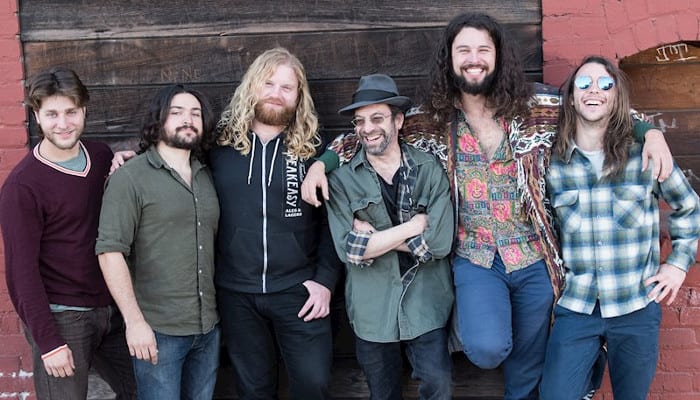 The General Maynyrd Band release their new self-titled record that focuses heavily on that southern rock sound amidst an atmosphere of inventiveness and camaraderie.

There’s nothing better than listening to a band you can tell are having fun. That’s exactly what you get with the new self-titled record from The General Maynyrd Band. On top of this, you can hear right from the off that they’re extremely skilled musicians who know their stuff and really enjoy playing. This allows the record to try things that other less talented bands wouldn’t be comfortable with, making for dextrous classic rock with a southern twist that’s not afraid to take giant leaps into the unknown.

Talkin’ To My Fish kicks in with an instantly recognizable funk/soul rock sound and drums playing centre stage. It steps through clever speed changes and interplaying guitars before settling down into a simple groove. It’s all very chill with an essence of prog rock to boot as lead singer Dave Combs sings: “Everybody wants to know just what you’re thinking what are you looking for?”. The melodic interplay is only something skilled musicians could arrive at but also doesn’t feel overcomplicated. 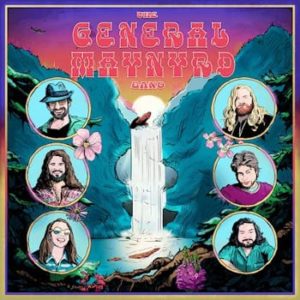 Sinner opens with screaming guitars before we’re thrown back into that southern rock attitude. The vocals are on point as Combs rattles his way through lyrics of gumption and inventiveness: “Got to save my safe cause’ lord knows I’m a sinner”. This is all set out amongst guitar solos, bombastic drums and a general atmosphere of camaraderie and playfulness.

Catch A Pirogue lets the bass take a walk before harp and piano play their way forwards in a track that loves to build. It wouldn’t sound out of place on The Blues Brothers movie, with all players relatable to that same jam band sound – you’re almost waiting for ‘Joliet’ Jake Blues to shout “We’re getting the band back together!”. Can’t Stop Rocking brings in the Hammond organ to great effect in this rolling stomper, reminiscence in areas to Elton John’s like Saturday Night’s Alright for Fighting mixed with an essence of Guns ‘n’ Roses; not a bad, if strange, combination that somehow works.

Glad To See You plays on the bands gentle side; they really are hitting every style of southern rock they can as they move through the motions, obviously enjoying every minute. Alligator Freak Show brings out that tinkling piano once more with its suave rock ‘n’ roll sound, comparable to tracks from 70s supergroup Humble Pie. Featuring that same penchant for big sounds against skill with instrumentation, this is a band playing off each other as they rattle through riffs and chord changes without a second thought. The keys get fantastic solo sections throughout with Will Kyriazis in his element pulling the strings in perfect synchronisation with the others.

The General Maynyrd Band is a real pleasure to listen to, and a record full of licks, riffs and musicians at the top of their game. It’s impossible not to have fun when listening, with the band delving into their deepest musical desires and constantly pulling out inventive ideas. This creates tracks of melodic, and coherent design that push the listener’s imagination throughout. It’s the type of album you need to listen a few times to truly appreciate the layers, but once you do, it really comes alive and reveals things you may have missed the first time around. Everything has come together here perfectly for the band, and amongst all of this, the main thing is you can tell they’re having fun.