Home » articles » Review: Sundogs – Legends In Their Own Minds 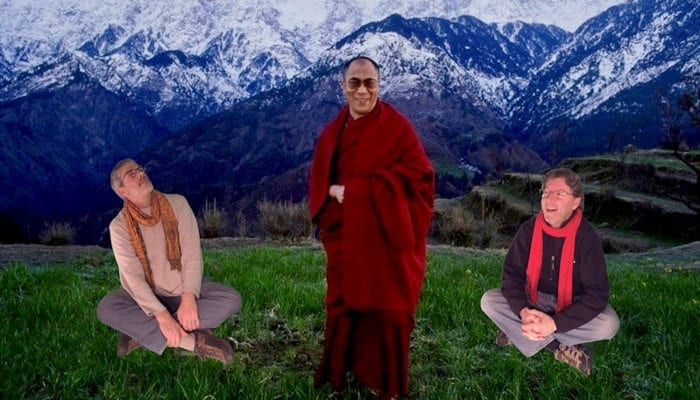 Legends In Their Own Minds by Sundogs is a welcome sound of a band enjoying themselves and unafraid to go against the grain.

Many bands take themselves so seriously these days. Not Sundogs; they’re playing for themselves. New record Legends In Their Own Minds is a mix of jazz fusion and 70s pop/rock that may sound dated to some, but to many, it’s a blast from the past that’s needed in today’s overwhelming world. The band are having fun on their own terms, not swayed by what’s popular in the charts. On top of this, they’ve attempted something a little different with green-screened music videos featuring themselves in the forefront and images relating to the music’s lyrical content in the background.

Barnstorming opener Fallen Hero throws you right in at the deep end, literally… the video features huge waterfalls with the band overlayed in the forefront as Stan Snow on vocals sings: “Big river throwing out of the southland, you’ve got a dream and it’s calling you”. These feel-good lyrics filter through the entire song with the video supplying adjacent images amongst The Who style guitar and backed up with a country-rock vibe. 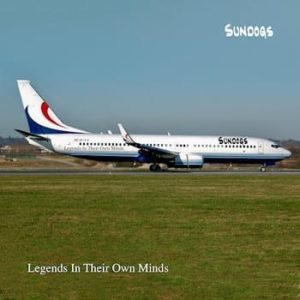 Snowman starts with a reverberating riff amongst jazz fusion beginnings. Heavy guitar pulses push the track forwards as sleight keys play with intermittent electric guitar jamming against anything. Johnny is the last track at present with an accompanying video. This starts off with some sort of spaceship coming down to earth before settling into images copying the lyrics for set pieces. These videos do feel a little strange at first but once you get used to them, it’s quite endearing. The song itself once again focuses on that pop-rock sound jumping from riff to riff, this time with the drums taking proper rock precedent amongst a strong chorus and backing vocals.

Hope focuses on that rock/blues summer vibe, slow and steady with plenty of Hammond organ and feelgood chord structures. Think of early Bon Jovi meets Steely Dan. Already Gone changes the structure completely with a track focusing on the hardships of overcoming emotional problems: “Walkin’ down to the city at night looking for a reason to live”, It’s all very pleasant, but has all be done before – this doesn’t matter to these guys though, they’re in it for the fun and you can tell they’re loving it. The melody itself is one of the strongest on the record and sounds even better in the stripped back sections with less guitar.

Did It Really Happen once again brings it back to that jazz fusion sound where they seem their strongest. It saunters forwards amongst a walking bass and horns that lift the track where necessary. Interesting lyrics of internal monologues keep it interesting before sax is let off the hook to solo over proceedings.

Legends In Their Own Minds is an album showing a band having fun, and living by their own rules. It’s a refreshing take amongst all the bands out there taking themselves too seriously, all scrabbling to tailor a sound that everyone is going to like. Although the music videos seem like a fun side-project and do help visualise some of the lyrics, they sometimes feel a little too ‘on the nose’. But if the band enjoy them, who cares? The music is tight with their strengths lying in Jazz fusion; the rock can be a little bland in areas but still holds up well. A good record of a band enjoying themselves.