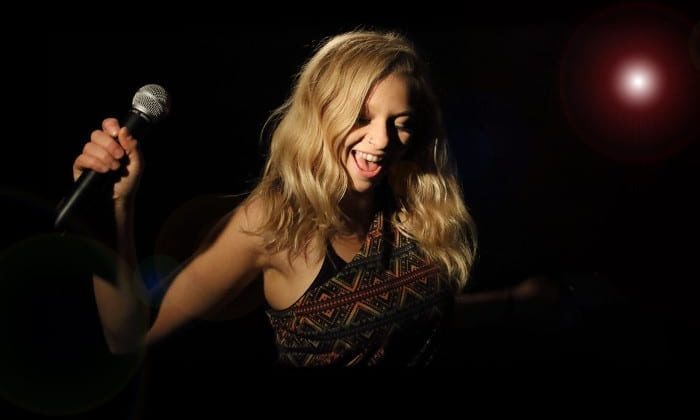 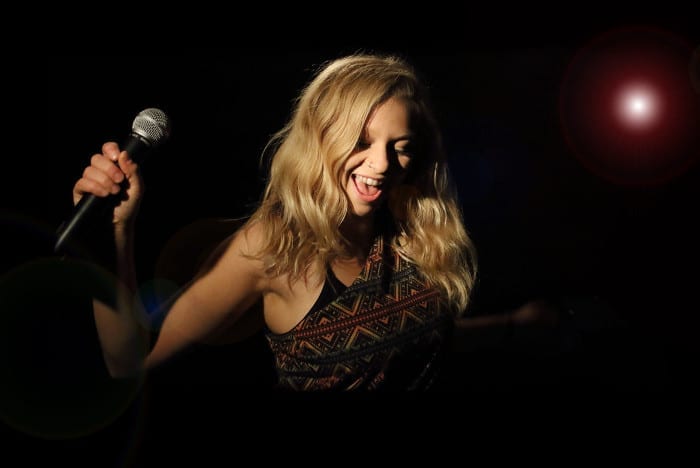 Solaya Love releases new record Illustrious, giving us a peek into her eighties obsession that’s brought bang up to date with strong production and a passion for EDM.

Solaya has always enjoyed her music since childhood, and not just listening, but figuring out how it all works. When she was young she’d have dreams of hearing songs, and wanted to learn music theory so she could write down all the melodies when she woke up. This obsession with not just enjoying music, but understanding it has led to the artist joining forces with producer and DJ John Atonic. With a similar affliction towards melodies, together, instead of using pre-made loops, the duo used software synthesizers to create sounds from scratch. This has all been brought together on new album Illustrious, where passion for music and the knowledge behind it has created a very interesting and seductive record.

Let It Go starts off with synthy piano and Solaya’s vocals sounding immediately alluring as she shows off a variety of ranges before the EDM beat kicks in. It’s a gentle start to the record with influences ranging from 80s pop to 90s R&B. Solaya uses her voice to great effect, raising it up to introduce a chorus that works really well. 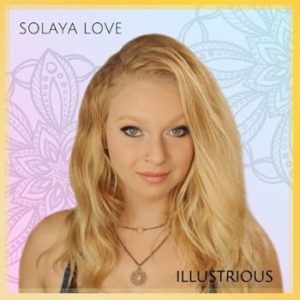 I Like Music is where we really get to see the skill of Solaya and John Atonic combined with the software synthesisers really coming into play. The melody is hypnotic and the electronica is on point, with Solaya even throwing in a semi-rap reminiscent of Blondie’s Rapture. The track is based around the appeal and transience of music, but brought down to earth with simple lyrics and poppy tones.

Feels So Good starts off simple but soon enough the strange beat and intermittent vocals really take you over. The chorus is one of the strongest on the record and Solaya really gets into her groove with some sultry vocals brought up-to-date amongst clever production techniques reminiscent of Haim.

All Or Nothing’s is also worthy of note, with synthesized horns forming the basis of the melody as it strides around 80s bass before being enveloped in a chorus of heavy beats. There’s definite influences of Ellie Goulding here, but the 80s vibe really sets it apart.

Zen Up begins with a strangely scary voice stating “A lot of people say man up, I say Zen up” before dance beats kick in amongst influences of world music. Lyrics are based around heartache in love, and how this can be overcome by techniques of meditation. Sexy Silk then switches things up completely with some of the strongest vocals on the record amongst some of the most interesting production and melodies. Solaya bends the track to her will amongst sensual but tongue in cheek lyrics that work well against the drive of the track.

Never Waken ends the record in fine fashion with a live dance mix, showing the skill and understanding between Solaya and Atonic. Nothing is misplaced or feels bleak as the track makes great use of synths and sampling bass lines, with high hats used to great effect to push the song into a creatively overwhelming chorus that relies on anything but the norm.

Illustrious is an album of creative ideas that uses the 80s as its base, but brought into the present with impressive production and strong vocals. Solaya uses the beats to find rhythms for her voice to dance around in ways that others would find difficult, with the playful beats taking the listener on a melodic journey that’s always interesting. Solaya uses 80s influences to her advantage with Atonic able to second guess every note in the production, making Illustrious a very fun and exhilarating listen.