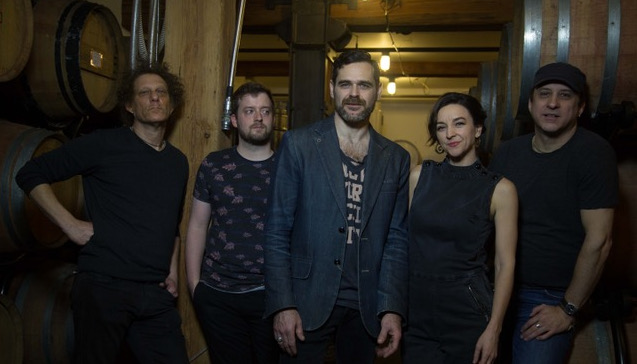 Nimo & The Light release new record Don’t Feed The Pigeons, based unashamedly in 90s indie but with a plethora of their own, strong ideas.

It’s difficult to incorporate artist influences into your music without them overtaking completely: you need that perfect balance. Good bands are able to juggle this fine line without a problem, and Nimo & The Light’s new record Don’t Feed The Pigeons manages to perform this task admirably. Instead of hiding their influences, they show them off with pride throughout, but in doing so are also able to throw in a bunch of their own ideas to make the sound unmistakably theirs.

Stains begins the record in a low-fi and meaningful way as a steady pace leads on to echo-laden sounds and Nimo Kally’s floaty vocals. It’s heavily steeped in 90s psychedelic indie – think Morcheeba or Babylon Zoo’s Spaceman and you’ll be on the right tracks. There’s also a bit of 80s Morrissey and 70s Pink Floyd thrown in there for good measure, which all culminates into a strong opener and sets up the record nicely. 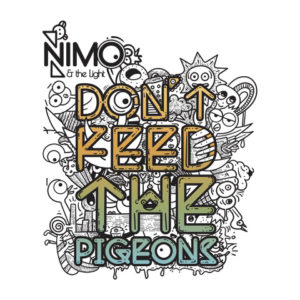 Morpheus slides in with a more late 90s feel as Kally croons against an indie dance vibe with drums bouncing the track onwards. The seemingly Matrix inspired title to the track even bleeds into the lyrics as Kally sings: “I know It’s a hard pill to swallow, you took the red one…you will be fine.” The chorus uses subtle layers and echoed chambers of sound to in breath extra life amidst a strong breakdown section before we’re then thrust back into good ol’ indie pop.

Wish Upon A Star brings 90s Red Hot Chili’s to the equation with a guitar sound that saunters along amongst slow and sultry vocals, whereas Keeping ‘Em Honest is one of the most melodic tracks on the record. It manages to hone an honest sound, all brought to the forefront against strong rhythms, pretty bells and female backing vocals. This is all nicely played out against strong vocals and retro synth sounds that heighten the vibe even more.

Down Below manages to provide a much-needed boost in sincerity, harking back to The Smiths as inspiration with a ruthless backing track that is both strong but delicate at the same time. This makes for a beautiful contradiction that really works. Album closer Don’t You Fight It then relies on fuzzy bass rolling forwards amongst cataclysmic, echoing sounds and heavy on the guitar. Samples are used to create an atmosphere that’s both bold and contemplative. It’s a brave way to end the record, not being the most catchy track but instead relying on its epicness to carry it forwards.

Don’t Feed The Pigeons may wear its influences on its sleeve, but it does so in a way that allows the band to bring in their own signature sounds. 90s indie is used for the basis as the band throw in their own ideas throughout, allowing for the guitar-heavy sound to wallow and dredge as if in a swamp of swirling and bubbling indie loveliness. Nimo & The Light have the start of something big here, and hopefully, the direction they are heading in will soon be fully realised on their next record.