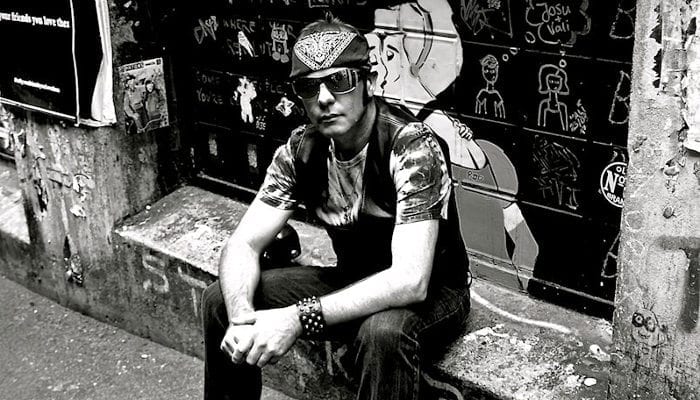 Ivan Beecroft takes us on a nostalgic and defiant tour of punk and prog rock with new album Liars, Freaks & Fools.

Not being one for the mainstream, Ivan Beecroft is perfectly at home with his punk roots and DIY attitude. New album Liars, Freaks & Fools is a testament to this, featuring a defiant exuberance that goes against the mainstream and harks back to the glory days of ‘fun punk’. The album doesn’t just rely just on the light side, however, as it’s still able to revel in the darkness at points, setting a nice basis for the artist to build his passions around.

Inequality starts us off with a gentle prog rock build up. An uplifting guitar riff leads to chords and drums joining in amongst Black Sabbath inspired structures, slowly ebbing away as the track rolls on. Beecroft’s vocals are gruff but endearing, battling his way through the music to rise above it with lyrics against contentment: “Watch all their faces turning grey, thought you’d be the one to complain”  Alt-rockers Silverchair could be sighted as another influence, with nice and warranted breakdown sections that bring the track alive. It’s let down slightly with production techniques that need a little improvement and the song’s lengthy fadeout section is a little overkill. 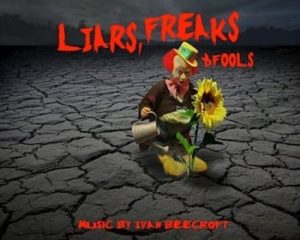 Deranged appears dark and brooding in its beginnings, but as the track’s lifted from its veil, a melodic and airy undercarriage is revealed. It saunters along with a swagger as an addictive guitar riff consistently ties everything together. Borrowing in melody from 80s indie pop, the track is a mish-mash of ideas that work really well. A4 harks back to 70s punk in its sound and DIY attitude that’s apparent through much of Ivan’s work. The track seems in two minds at places, and this separation also comes through in the lyrics as Beecroft sings: “It’s impossible to be so happy all the time”.

Shattered Dreams harks back into punk territory, taking tips from bands like The Buzzcocks or The Jam. With some fun melodies and chord structures backed up with some of the best vocals on the record, the chorus really brings the track out of its shell, making for an album highlight. Rock This Night Away relies on the epic sounds of bands like AC/DC and Kiss for inspiration, with heavy sounds, big guitar solos, and drums throwing everything forward. Its teenage angsty vibe is appealing and tells us all to stay young at heart and enjoy life.

The record comes to a close with the aptly named Let It Go, never letting up and keeping the tempo fun and fast. It feels more like a mid-album track where it probably would have worked better, but Beecroft is having fun here and it shows.

Liars, Freaks & Fools is an eclectic mix of punk, rock and overarching influences that, in most places, works really well. There are a few strange mixing and production choices that take you out of the record now and again and track order possibly a little skewed – although in the days of streaming, this probably doesn’t matter as much as it used to. Apart from this, Ivan Beecroft has released a decent and fun record that plays on its strengths of nostalgia and fun admirably, whilst also revelling in strong guitar work and passion-fuelled energy.