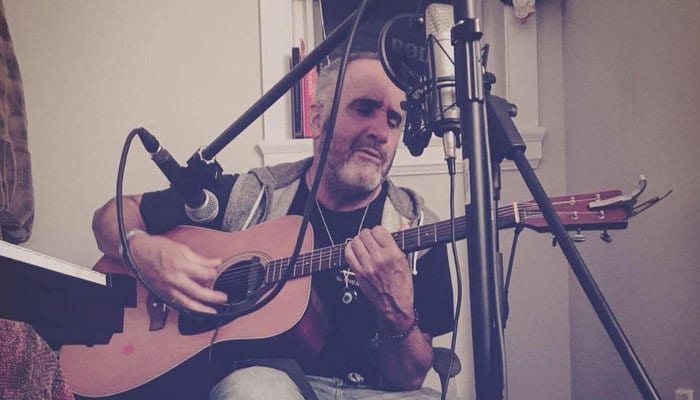 Vancouver-based alt-folk songwriter DG Adams is back with a new record, and with it, he’s once again bearing his soul. Nest Of Vipers is at times hard-hitting and at others contemplative, but always featuring Adam’s strong work as a wordsmith (he used to be a Shakespeare teacher). The record feels like it’s written for him, and him alone, with the singer/songwriter not afraid to try new things throughout.

The hard-hitting opener Fucker sounds like something that should be in a Tarantino movie as Adams goes through the motions, obviously dealing with hard emotions amongst a bitter tasting atmosphere: “I will put you in jail, ‘cause you’ve had your chance, I will make you the enemy of anyone who counts”. The track’s production is strong, but be prepared to be invited into the ‘Nest Of Vipers’ with no misgivings. As the track moves forward the rock is upped and we’re treated to a rare ending guitar solo. 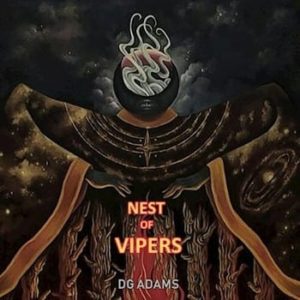 Queen Of The Sky takes things down a notch on an acoustic based track amongst more compassionate lyrics, strong backing vocals and gentle percussion that really hits home. It’s a complete contrast to the opener and leaves you wondering why the beginning felt so full of hate and vitriol. I’m Writing To Say is pretty and melodic as well-versed lyrics lead into a simple chorus, whereas Gravity tries its hand at that Leonard Cohen sound, mostly hitting home. It does feel a little forced in areas, but the piano track really helps in throwing the song forwards.

Tell Me’s chill out vibe manages to send you into a dreamy haze as the riffs and guitar remind of Pink Floyd but the lyrics are distinctly Adam’s own. He’s really coming out of his shell here with production techniques that are some of the best on the record. Father’s Day is full of emotion as the sadness in the singer’s voice is apparent and necessary, whereas album-titled track Nest of Vipers makes good use of interesting chord changes amongst mystical lyrics. You can really feel the Shakespeare influences here that we know the artist is well versed in before the track changes things up by suddenly rocking out for a few seconds. This kind of works, but can catch you off guard.

Nest Of Vipers is full of good ideas but can feel a little disjointed at times. DG Adams is not afraid to experiment which is commendable, but sometimes it can throw the listener off. The record does well when Adam’s settles into the acoustic pieces and allows the instrumentation to surround him; his passion and commitment to the music is unable to be faltered. If Adam’s can even out his ideas a little, it would perfectly suit his strong lyrical content and be a place where good ideas could fully be realised.