Sometimes, the best thing you can do is take yourself away from it all for a while. Periods of introspection allow the human mind to recuperate, figure things out and find answers from within. This is exactly what Cate Le Bon wanted to experience when the first seeds of new record Reward began to grow, and she did this by taking herself off to Cumbria’s Lake District to live in solitude for a year. This period of isolation has led to one of Cate Le Bon’s most personal works to date as she shows signs of significant change amongst docile tones, meticulous melodies and a secluded atmosphere.

Album opener Miami’s enticing chimes call out for the listener to settle down and bed in for the surreal journey ahead. Mindful sounds are layered amongst beautifully structured melodies to gently create a vivid mindscape – think Beatles psychedelia but with more a more minimalist air. Le Bon’s vocals are then drip-fed into the piece and, even though used sparingly, manage to convey a desperately lonely atmosphere. Lyrics twist through the mountainscape in which they were conceived as Cate battles emotions of “Love neglected by reward” in a way that reminds of an unembellished Kate Bush. 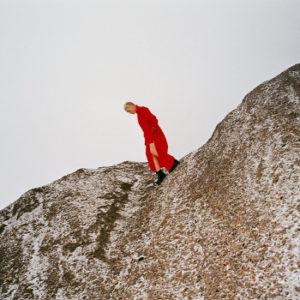 Daylight Matters and its piano-led melody, create a more gentle passage of time, managing to feel both introspective and revealing, a trick that is once again repeated on Sad Nudes.  It also gifts us more of an insight into Le Bon’s motivations and the true solitude she has been feeling: “The more you feel the more you have to lose”. It really is her at her most personal.

The 80s bassline and stripped back production of Mother’s Mother’s Magazines allows the cultivation of a more mature and traditional chorus to be forged, but it’s still unmistakably Cate. Her penchant for experimentation and change is rife throughout and it just adds to the mentality of personal growth the record is built around. The Light then goes on to inspect the juxtaposition between vying for acceptance from loved ones but also wanting to be left alone. Cate is wracked by indecision and lost feelings are all played out amongst serene sax, a rolling rhythm and a walking bassline. Magnificent Gestures then ups the pace, if not the happiness, as Le Bon takes an opportunity to seek out new rhythms amongst vocal techniques and 80s inspired beats.

It’s hard not to fall in love with the sound of Cate Le Bon’s music. In its solitude, it finds inspiration that we can all learn from. Vocals are used sparingly in places to create an atmosphere of isolation, but this only serves to bring in the listener closer to the artist and manages to portray her in a more intimate way. Reward is a testament to a skilled songwriter in a difficult place, willing to lean on her musical abilities to create a record that speaks volumes in a beautifully restrained way.