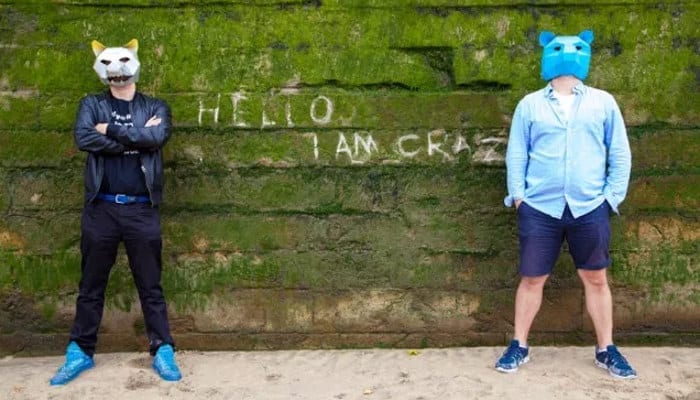 Hip-hop/Brit Pop outfit Big Terror release their self-titled record, featuring an impressive backbone of 70s and 90s music with an element of fun amongst contagious beats.

In life, there are those that follow and those that lead. Big Terror realise this, and their new self-titled record is testament to both sides of the coin. Using influences of 70s and 90s beats and sounds, the hip-hop/Brit Pop outfit have brilliantly manipulated and brought new life to genres that benefit from their added element of fun, while using the past to bring us the future.

Great Balls Of Fire kicks off with that 70s vibe, feeling like a twisted Tarantino movie as trumpets bark out amongst heavy drums and eclectic sounds. It’s also steeped in 90s indie dance; if you want comparisons think Moby or The Avalanches. It’s a great start to the record that sets up exactly what your in for, allowing you to buckle up for the ride. 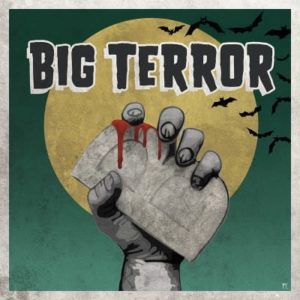 Super Mario starts off with a superb spoken word section by David Rogers about how a record can begin with a conversation and, before you know it, it’s being recorded. This is all set against a funky backing track that is both calming and hypnotic. The spoken word is really endearing and fits in perfectly with the, once again, film influenced backing track, sounding like something from Oceans 11. The London accent heightens the appeal and a gentle nod to Daft Punk’s Giorgio by Moroder at the end fits in well.

Feed The Impossible kicks in with hip-hop beats against a gently swaggering rhythm and those London-tinged vocals once again brighten everything up. If you think of the track as a mix between The Libertines and Gorillaz, you’d be on the right tracks. It’s beautifully hypnotic with great musicianship as it tos and fros its way to a heady climax.

Slowdown carries on the good vibes as it highlights the benefits of taking it easy with more hip-hop beats and strong lyrics sung by featuring artist Ben Laidlow: “Don’t go so fast if you do maybe it won’t last”. Clouds and Sheets, on the other hand, provides a more pop oriented sound with vocals based around lost love against acoustic guitar. Drums and other instrumentation gradually fade in to add more layers, creating an mesmerising track and album highlight.

So I Said to Dave returns to that 70s movie soundtrack vibe once more, played over with some quintessentially British rapping. This draws influences from 90s rhythms, recent grime music and a little bit of Rizzle Kicks comedy sprinkled on for good measure. It works very well against the drums pusihng the track forwards and a pleasure to listen to.

The record ends with I Think You’re Pretty, a delightful song and perfect ending, being stripped back, simple and fun. The story-based track centres around inner musings which we all must have thought about at some point in our lives. This is all put up against an upbeat melody and features a strong chorus. The chilled out vibe is heightened at times by sounds of rolling waves which also ends the track in a nice, gentle wrap up.

Big Terror is an impressive record which deserves serious plaudits. It’s a highly unique collection of tracks that redefines genres by mixing flows and beats with impressive melodies, intelligent writing and interesting sounds. The element of fun plays a big part in the music, with strong influences from both 70s and 90s music that work really well together. Rebel ACA and French Monkey Wrench have hit on something big here, and this self-titled record is a pleasure to listen to. Let’s hope there’s more to come.