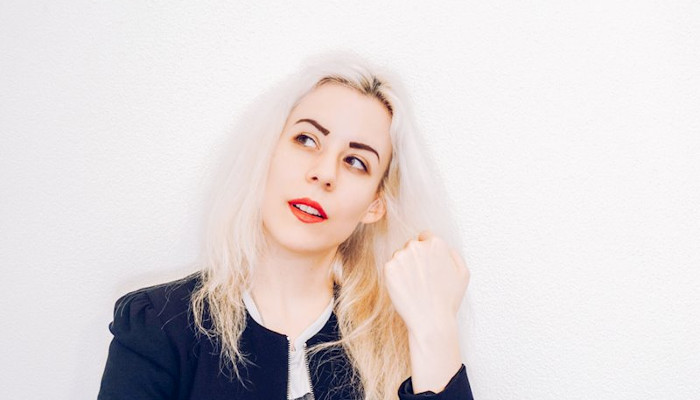 Ámaris releases her fifth record, 26, focusing on a range of minimalistic club beats amongst reflections of discontent and cynicism.

Ámaris has always been a hard worker. Not content to just sit around after her last record Aquamarine was released in June 2018, new record 26 is finished and out only 11 months later. This impressive feat is heightened by the fact that the artist is also releasing a short film called Supernova to accompany the record, as well as a new novel in the same month. Some people just don’t like to sit still, do they? The record features the disillusioned dance beats you may have come to expect from the artist, but also an attempt to improve on the vocal production layers.

Jelly starts the record amongst angelic sounds before we get the first taste of Ámaris’s layered vocals against a thumping beat. It’s a tailored club banger as she sings about dancing, sweatiness and legs of jelly: club culture through and through. The track makes no apologies of being tailored for the dancefloor in both sound and lyrics. 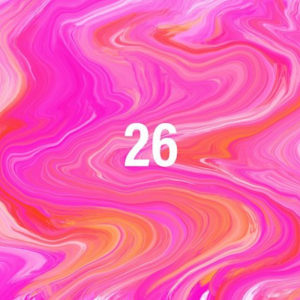 Sunburn sticks with the grimy club sound with influences of La Roux taking centre stage as the pop-electric feel is fully realised. Repetitive beats and subtle synths push the track along as Ámaris subtly lets out: “You give me a life when I need it”. Although hypnotizing, it feels slightly like a missed chance with the track not able to rise above its simple rhythm and lyrics not as in-depth as previous work.

Numb, on the other hand, manages to delve into self-reflection and disenchantment, with the artist this time raising her lyrical game: “There’s only so many times your heart can be pierced, every time I say goodbye, trying not to cry.” Its gentle demeanour is fully realised through piano and strings backing up the vocals, allowing them to really breathe and give off much more humility and emotion.

Snow Flake manages to hark back to 90s electronica dance as sultry synths fade in before a pulsing drum beat takes over with clever backing vocals raising the possibilities, whereas Thankful is an interestingly set out piece that’s hard to pigeonhole, but keeps the listener interested amongst space-pop synths, finger clicks and emotionally-charged vocals.

Blurred sounds like dance goth-pop in a way that Billie Eilish has sensationalised, but with a more subtle edge fit for clubs or pre-nite drinks. The remastered Supernova finishes the record in style with cinematic electronica building into one of the most physically demanding tracks on the record.

Despite a slight lull in places early on, 26 is a sound straight from Ámaris’ heart being displayed through the music for all to see. A couple more clever loops or lyrics could help make some tracks really stand out, but the record improves and becomes more genuine as it progresses, with the artist relying more on her lyrical talents instead of tailoring to a specific genre. Ámaris has the basis of something nice here, and hopefully, the progress she has made will continue onto future work.