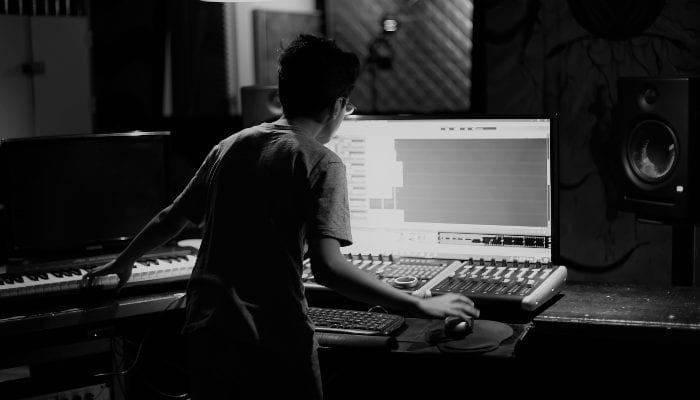 We take a listen to debut record Purple Skies from Acidic Base, as it tries to combine an Electronic/House sound with keen improvisation and strong melodies.

I don’t know what you were doing when you were 12 years old, but I doubt you were releasing your first album. Acidic Base is the brainchild of 12-year-old musician Siddharth Goswami; a musical prodigy who found a love for music at an early age. From studying classical piano at The Music Institute of Chicago, he progressed on to show a natural ability for song structures and chord progressions. This led to him falling into the Electronic/House scene, and ideas started to bloom for new record Purple Skies. With impressive improvisational melodies and an interesting mix of sounds, Goswami is showing a talent and skill beyond his years with his debut album.

Album-titled track Purple Skies starts us off with filtered beats slowly turning into something influenced by New Order’s Blue Monday. With scattered synths layering up amongst a bass drum, this gradually expands into steady beats that bend their way into progressive house and improvised melodies. At such a young age, the artist shows great knowledge of beats and transitions. 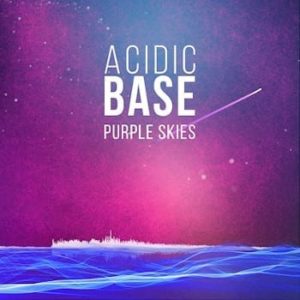 Halcyon slows things down with more of a house vibe, as the synths rise and fall to a pleasing effect. This is placed amongst a chilled out atmosphere as gentle guitar chords form the basis of the track over which everything else is built. Goswami is trying out different  sounds throughout to see what works best, as this experimental track uses up everything in the young artists arsenal.

Chernobyl is a tribute to the terrible atomic disaster, with the 8 minute piece trying to tell the story from the start of the event, right upto the aftermath that followed. The serene beginnings are gradually built on as an EDM piece that transgresses from hope and peace to a ‘calm before the storm’ section. This leads into twisted beats and a kind of ‘countdown’ sound as synths play amongst church organs, which I’m guessing symbolises the actual catastrophic nuclear disaster. Deep bass pulses throughout amidst clever ideas to portray the timeline of events, ending once again with serenity. This doesn’t portray hopelessness, however, but has a sense of persistence.

Omnidirectional Hyperjet is the second 8 minute monolith, once again being slow in build up, but with off-key notes making for an interesting opening. As the track progresses, heavy beats change up the sound and the progressive house style comes into play. The drops could have been used with a bit more care to really bring the track alive, but it does well to keep the listener interested throughout with improvisation and a bright ending as the track speeds towards its conclusion.

Borealis finishes the record with probably the most radio-friendly track on the record. This is complemented by some of the best build-up work, and even takes tips from electronic stalwarts Daft Punk in sound manipulation and melody. It’s a strong track to finish with, and shows the artist’s penchant for the dramatic.

Purple Skies is a record of an artist finding his sound. At Goswami’s young age, its an impressive piece of work that showcases a keen ear for melody and some outstanding improvisational work. He even manages to tackle big issues such as the Chernobyl disaster, which most people of Goswami’s age wouldn’t have even heard of, and he does this all with extreme humility. There are some tricks that he does miss, however: a few drops aren’t where you’d expect them to be and some ideas are more drawn out than needed. This is to be expected from such a young musician on his debut and a keener sense for this will come with time.

Despite this, Purple Skies is an enjoyable listen, and we should expect big things from this artist in the years to come.