Home » articles » Retro Soundtracks: A look back at 1998’s Godzilla 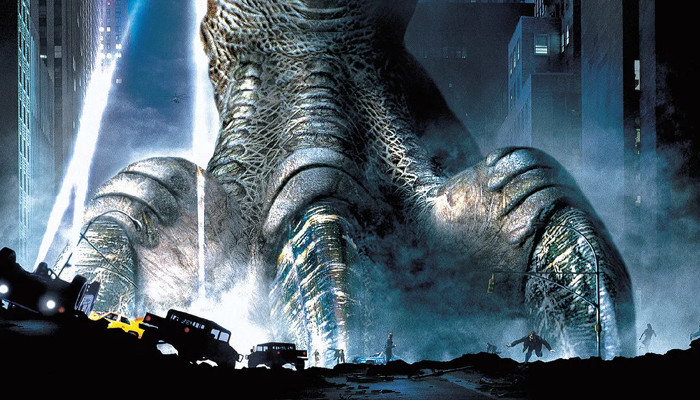 In the spring of 1998, Hollywood was all abuzz with anticipation for the upcoming release of the sure-fire blockbuster, Godzilla.

Released on May 20th, 1998, this was the first Godzilla film in the long-running Japanese Toho franchise to be set, filmed and distributed in the USA. The film grossed $379 million worldwide but it was at the time considered a critical and commercial disappointment. For many, the only redeeming quality to come from the Tri-Star movie was the soundtrack.

The Godzilla OST was released a day ahead of the film on 19th May 1998 through EPIC records. As part of the album launch, a limited edition double green vinyl was pressed.

The artists featured were, in the main, alternative bands who were very popular around the time that the soundtrack was compiled. There are such acts as Foo Fighters, Rage Against the Machine, Green Day, Silverchair & Jamiroquai.

The lead single from the album didn’t come from such bands though but from Hip Hop artist and producer Puff Daddy. The song Come with Me featured Jimmy Page* and was based around the Led Zeppelin classic Kashmir. 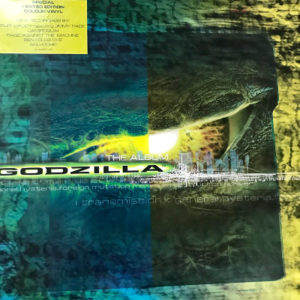 The soundtrack strangely opens with a cover of David Bowie’s Heroes by The Wallflowers. It is a pleasant enough version of the song and well executed by the L.A. rock band, it just feels like an odd choice, especially as the album’s opening gambit. Following this is the aforementioned Puff Daddy track. Come with Me is undeniably a hit single. Essentially, it’s the New Yorker rapping over a rerecorded Led Zep track, but the delivery is perfect.

Two tracks in and you come to the next single from the soundtrack, Deeper Underground by British Jazz-Funk outfit Jamiroquai. This Anthem is driven by two factors, the overdriven synth bass and the unmistakable vocals stylings of Jay Kay.

The last track on side A is the sleeper hit on the double vinyl, the monstrous No Shelter by Rage Against the Machine.  The song opens with the slapback delayed bass of Tim Commerford. All the hallmarks of a rage song are here in this exclusive track. Only R.A.T.M. could be so bold as to rap “Godzilla, pure mother fucking filler…” on the films OST. The first side of the green vinyl runs out with Zack De LA Rocha screaming “RELIVE THE NIGHTMARE!”

The highlights of the second side of disc one is tracks from post-grunge bands Days of the New & the now stadium rockers Foo Fighters. D.O.T.N. deliver their brand of acoustic rock in the same vein as their debut effort, Yellow. While the Foo’s demonstrate a new direction with their song A320.  Bens Fold Five gift their song Air to the soundtrack while Michael Penn’s Macy Day Parade soothes. Fuel’s jump around number Walk the sky completes the sides five tracks.

If you had lost sight of what album you were listening to, Green Day pull you back in sharply with a Godzilla remix of their melancholy heavy riff led Brain Stew! The track opens side C with the call of Japanese monster herself over the distorted guitar of Billie Joe Armstrong.  Next is the Aussie three-piece, Silverchair. Their track, untitled is a foreshadowing of where their songwriting was leading them. The tempo and mood are lifted once again with a track from pop-punkers, Fuzzbubble. This side of the lime wax closes with cool groove undercover by Joey Deluxe

The album closes beautifully with two tracks on side D taken from the film’s score. Composed by David Arnold, the pair of cinematic orchestral pieces are a stark contrast to the thirteen tracks that preceded them.

Unlike the film, the soundtrack was a complete success. It reached the dizzy heights of No. 2 in the Billboard 200, and the singles were all chart hits. By the end of July 1998, Godzilla The Album sold 2.5 million copies worldwide.

Now, 21 years later, the Godzilla green double vinyl is well-sought after within the record community and considered by many as a collector’s item.

Many times, in Hollywood history, the soundtrack of a film is revered in the same light or even eclipses the moving pictures on the silver screen. But it’s a rarity when the music chosen to complement or enhance the movie goers experience completely outmatches the film in every way. This album does exactly that. The biggest roar in the whole Godzilla experience is that coming from the stylus.

*Jimmy page didn’t appear on the recording. Tom Morello of Rage Against the Machine who produced the track, later confirmed he played all the guitar and bass parts. Jimmy Page only appeared in the promotion video that followed.