Home » articles » Record Store Day: How Good Is It For The Record Industry? 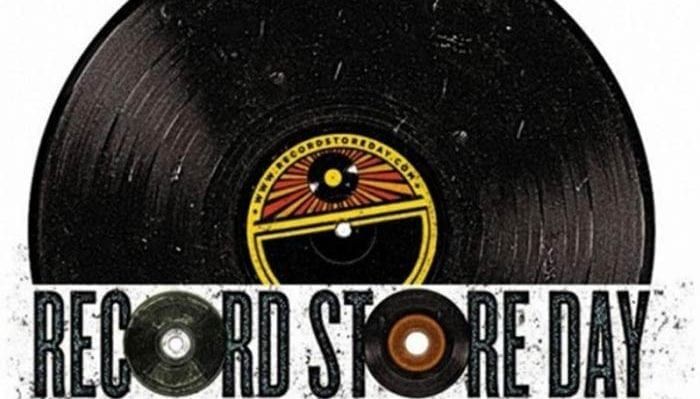 Michael Sumsion takes a look back at the most recent record store day and sums up the good and bad points of the now global yearly event.

That whirlwind of the musical social calendar, Record Store Day, has come and gone again for another year, a now regular fixture that appears to generate as much anxiety and disgruntlement as goodwill and consumer pleasure. Whilst I for one cannot wholly condemn any organised recognition of the joy of record stores, vinyl and the consumption of physical music, it strikes me that RSD is not without its flaws. Let us look at the debate surrounding the day.

Firstly, it seems evident that as an idea, a gesture, RSD is unquestionably a good thing. As recently as a couple of years ago, record stores with racks of tactile, analog music that you could actually touch, hold and play were in danger of extinction. Whilst some might carp that these bastions of a pre-digital era could do with more than a single day devoted to them if they are to continue to survive, it is irrefutable that the day has reinvigorated a thirst for, and an awareness of, physical formats at a time when downloading and streaming usurped the traditional impulse for ‘ownership’ of product.

As a consequence, the reliable stream of limited edition, blink-and-you-miss-them releases (this year I got my hands on the slowed-down version of Arthur Verocai’s classic self-titled album) satiate the demands of aficionados searching for the novel, the rare and the one-off. Each year the list of oddball picture discs, unreleased recordings and deluxe booty grows and grows, with a captive and loyal audience willing to park up outside the likes of Sounds Of The Universe in Soho or Rough Trade in Brick Lane many hours before opening times. The industry loves the hype, attention, anticipation and buzz surrounding RSD, witness its increased investment in the event as each year passes; labels and stores gain a financial boost that’s unequaled on any other day. 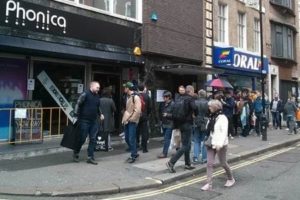 RSD has helped not only generate a surge of interest amongst young consumers in something that would have been previously marginalised, ignored or derided but also enticed an older audience back to the record-collecting and shopping bug, which can’t be a bad thing. Young buyers who’ve grown up with compressed MP3 files are now drawn to bricks and mortar stores and the aesthetics of the vinyl album package as well as the warm, imperfect sound, whilst many punters of a certain age who’d long abandoned vinyl or even CDs have been inspired to connect with the sounds of their formative years as well as newer artists who’ve taken inspiration from their faves. The live in-store events also help generate a lot of foot traffic during the day itself.

However, as much as I enjoy and applaud the notion of record shops and record buying being restored to the public imagination even for the one day, there are still nagging reservations for me that can induce a doleful fatigue about the whole enterprise.

Firstly, there’s the soul-destroying spectre of Ebay that cannot be ignored – yes every year there’s a plague of early bird vultures who snap up the mint products and then flog them for many times their face value on the site, seemingly with no interest in the products other than to make a whacking profit from them. There seems something inherently joyless and duplicitous about this, the antithesis of a celebration of music.

Secondly, a common gripe amongst small independent labels is that the day tends to be dominated by reissues of famous, ubiquitous items by big, mainstream acts and major labels, crowding out records from the more interesting fringes and margins. A worthy grassroots initiative increasingly threatens to become enveloped by an ugly, bloated corporatism.

Finally, the most powerful argument against Record Store Day is that records and record shops really are for every day, not just one day in the year! From anecdotal experience, it seems that many of the people queuing to enter these temples of sonic nirvana aren’t hitting the stores for the other 364 days of the year, which is pretty deflating. A reminder: if you want to preserve and support record stores then make purchases and watch in-stores on other days too! And seek out music that’s not necessarily flavour of the month on 6Music, for there’s numerous excellent artists who rarely trouble mainstream playlists and need the leg-up from discerning, savvy consumers. Rough Trade East, for instance, boasts a lively, regular schedule of live sets from musicians of many hues, all of which are either free or free with the purchase of an album or wristband.

So there’s my take on the phenomenon of Record Store Day – it’s both a positive and negative beast, with overwhelmingly good intentions, but it’s worth pointing out that you can wander in to a record shop without the inconvenience of having to queue up with hundreds of others, any other time of the year. We pay lip service to physical music for one day a year at our peril!

**This year record store day falls on Saturday 19th April. What records were you be purchasing? Let us know in the comments!**