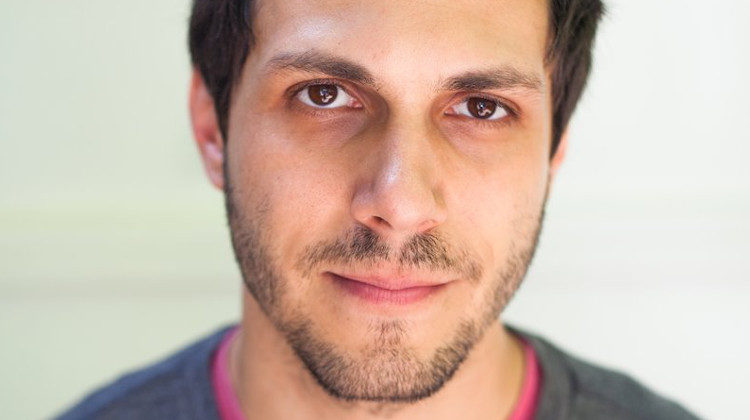 Proud Creature aka Todd Brozman knows how to create appealing and dynamic atmospheres from just a few layers and soundscapes. New EP Opening Creature was created entirely in his small studio with the artist calling on piano, synths, percussion and field recordings to fill out the tracks and create atmospheres that gently slide off the page and into the listener’s mind. Where the EP really works, however, is its use of the quieter more serene moments.

Major Trouble starts the EP in settled fashion as laid back synths gently evolve, layering up and expanding as they stroll forward. It’s alluring sound further develops and builds, taking its time as it gradually lifts into a crescendo of sound allowing drums to fully enter the fray. It’s chillout but with mystique and a bassline that holds everything together nicely. Discovery of the Future takes on a more psychedelic energy and makes more use of silence to build tension and amplify the thematic tones. A ticking clock sound makes it feel like tumbling down the rabbit hole from Alice in Wonderland before a subtle drumbeat builds into an electronic, ambient atmosphere that twists and melts your mind amongst its otherworldly melodies and structures.

If the first two tracks let you know what Proud Creature is about, the rest delves deep into the listener’s subconscious. The Rookery takes the spatial awareness of Discovery of the Future but bends it around more nuanced and complex use of synths and sounds. This provides a feeling of contentment and euphoria that is built on throughout. You can feel the improvisations that Brozmon allows to flow freely through the music, almost calling on jazz connotations to allow the track to breathe and progress. Pines is a more settled and drawn-out affair, feeling more spiritual and relieving as pipes, bells, and synths are backed up by distorted soundscapes that work together to create euphoria. Everything is then tied together in a more rhythmic coming together and a more rounded song structure. The EP ends with the mesmeric Eastern Lines once again taking on a slow-building technique but also including some gentle muffled background vocals over some kind of tannoy system revisited intermittently throughout. The serenity is in full flow and makes a pleasantly ambient end to the record.

The Opening Creature EP is a lesson in how to create thoughtful and interesting ambient music. It’s layering is spot on as Brozman manages to throw in the next idea at the right time to either change things up or create another atmosphere or feeling for the track to build on. The spaces created throughout the music allow the tracks to build in surprising ways at times, with any ideas always tied together nicely by the end of the song. Proud Creature will have an exciting future ahead if this EP is anything to go by.