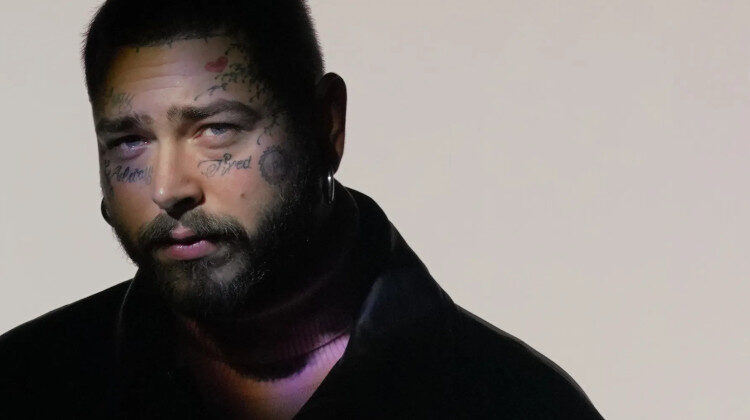 Twelve Carat Toothache, the fourth studio album from Post Malone, proves that the rapper still has more than a few tricks up his sleeve.

For a rapper, Post Malone has surprisingly found some huge success in the main public view. It’s not common to hear a rap song on the hit list radio station, but that’s exactly what Austin Post / Post Malone has been doing ever since he started making music professionally in 2016 with the release of his debut studio album Stoney.

He then released his sophomore album Beerbongs & Bentleys in 2018, which was a humongous critical and commercial success, featuring the smash hit single Better Now, which I listened to an embarrassing amount of times that year.

Hollywood’s Bleeding, however, disappointed me. There were a few standout tracks on that album such as Circles, but it was mostly an uninspired mess and a serious detour for Malone – one that I had prayed he didn’t continue to go down.

Thankfully though, my fears have been erased with the release of his fourth and most recent studio album Twelve Carat Toothache, a fourteen track album with tons of incredible tunes you’ll want to be vibing to all summer long.

The album opens up with Reputation, a four-minute-long track that opens up with… a piano? Yes, you heard that right. It’s the first of many signs that this latest Malone album is going to be different than what we are used to.

Reputation is an excellent album opener, with a great instrumental and with vocals from Malone that feel more powerful than ever before. We then move into Cooped Up, featuring Roddy Ricch, which is sure to be a gigantic hit you hear on virtually every radio station.

It has that particular “feel” to it that’s hard to describe. It’s a song that is just tailor-made for the hit list. Malone’s vocal melodies are buttery smooth and match the groovy beat beautifully. Sadly though, Ricch’s verse failed to impressed me.

“Shit, gotta pull up / Pull up, I’ma pull up / I pull up, ayy,” Ricch sings in one of the blandest opening lines to any verse I’ve heard all year.

Gratefully, things get right back on track with Lemon Tree, yet another quiet, slow tune; something we are wildly unaccustomed to from Malone’s style. However, just like Reputation, it’s certainly a welcomed surprise.

I Like You (A Happier Song) featuring Doja Cat has to be my favorite on the whole album, though. As the title suggests, it is definitely the most feel-good song on the project as a whole, featuring a pop-friendly beat with Malone’s voice serving as a surprisingly perfect fit.

Then, just as soon as you think it can’t get better, Doja Cat comes in to slay with her verse. “Let me know when you’re free / ‘Cause I been tryna hit it all week, babe / Why you actin’ all sweet? / I know that you want little ol’ me / I get a little OD, but ain’t shit new to a freak? / Let me drop bands, put a jewel in ya teeth” she sings.

Its companion song I Cannot Be (A Sadder Song) featuring Gunna is just as excellent, pulling off something quite remarkable. Despite boasting a happy-sounding instrumental, its lyrics are certainly the exact opposite, creating a stunning contrast.

There are certainly some songs that didn’t stand out as much as others such as Euthanasia, Wasting Angels, and Love/Hate Letter to Alcohol, but for the most part, Twelve Carat Toothache is a vastly impressive album that shows Malone still has that magic.