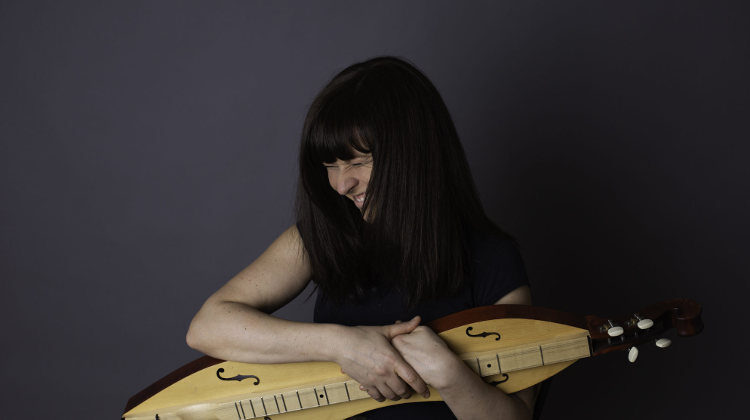 Part poetry album and part indie folk, Polly Paulusma releases Invisible Music, an album that has plenty of surprises in store for listeners.

There are some albums that are not mainstream, and then there are others that are definitely not mainstream, and Polly Paulusma’s Invisible Music falls into the latter, which is, in my opinion, a terrific thing. Almost every album out there is formatted the same. You expect to hear some (hopefully) nice and fun instrumental in the back, accompanied by a singer’s voice belting out some (hopefully) great lyrics.

But Invisible Music takes quite a different approach to the concept of an album in many ways. The album opens up with Paulusma reading some quotes from novelist Angela Carter on Excerpt from ‘Several Perceptions’ and is followed right after by The Maid and the Palmer, a track that immediately sets the tone for the rest of the album to follow.

This is without a doubt one of the most calming and peaceful albums you’ll find in recent years. Its instrumentals are genuinely beautiful to listen to and each track flows to the next masterfully.

For some people, listening to a song and then transitioning immediately into somebody doing a spoken word poem will be jarring and it won’t be up to their musical taste, and that’s completely okay. But it’s hard not to appreciate just how bold and striking Invisible Music really is.

The aforementioned second track, The Maid and the Palmer, is an immediate standout and perhaps one of the catchiest songs of the year so far. But what makes it so great and memorable isn’t just its joyous Scottish-style instrumentals nor its fun sound, but rather its lyrics. “If your true love were passing by, you’d fill him a drink as he got dry / At the well below the valley oh”.

It’s one of those songs that you could dance to with your partner or simply just sit, listen, and bask in its beauty. And honestly, the same thing can be said about the entire album. One of the best tracks on the album, in fact, it may just be the best, Lady Isabel And The Elf-Knight, is meticulously crafted. It aims to relax you. It aims to put a smile on your face. It aims to get you emotional towards the end by understanding its dark undertone and message with the lyrics “Seven young girls have I lured here and slain / Aye as the gowans grow gay”. And boy does it ever succeed.

Invisible Music by Polly Paulusma has an abundance of songs that, on the surface, you can dance to. Songs that are ridiculously catchy and will probably be stuck in your head for days. Songs that are actually quite dark and once you go down the rabbit hole of dissecting the lyrics and finding out what each individual song means, you’ll be rewarded with one amazing album with an incredible story at its core.