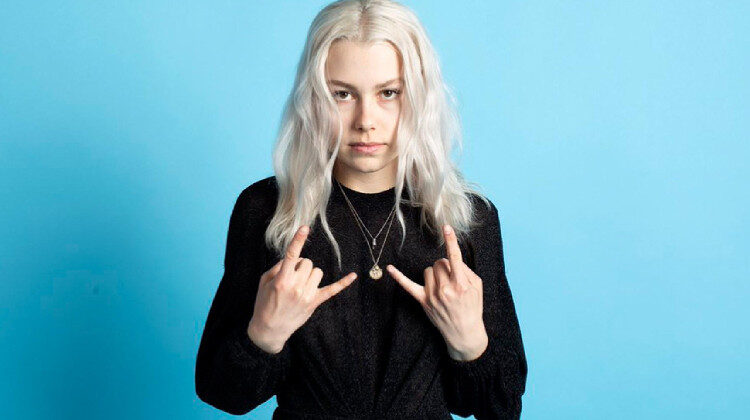 Twenty-five-year-old Californian singer-songwriter Phoebe Bridgers more than matches the emotional candour and poetic flourishes of her 2017 debut, Stranger In The Alps, with another nourishing, unflinching and authoritative cluster of wry tales of modern discomfort and heartbreak.

In the space of just a few years, the Californian folk-rocker Phoebe Bridgers has laid down roots as one of the most distinctive and venerated singer-songwriters of the modern age, a spokesperson for a millennial generation who’s been compared to Bob Dylan and specialises in a pithy and conversational style braided in gallows’ humour and candid self-examination. In addition, she has cultivated an irreverent, mordant presence on Twitter and not been slow in venturing out of her comfort zone, working with The 1975, sharing the Boygenius EP with Lucy Dacus and Julien Baker and collaborating with Bright Eyes’ Conor Oberst on the Better Oblivion Community Center project.

Her hotly anticipated sophomore solo disc, Punisher, is mixed by Mike Mogis and produced by Tony Berg and Ethan Gruska, who also worked on her breakthrough debut. Featuring cameos by Nick Zinner, Oberst, Dacus and Baker, it plays with a variety of texture, dynamics and tempos, whilst inhabiting a profusion of emotional registers: dread, sardonic humour, detachment, disenchantment and playfulness all permeate her unflinching audit of modern life.

The record kicks off with the brief, head-under-the-covers creepiness of the instrumental DVD Menu, which sets the scene for a mood of all-pervasive melancholy which is sustained and refined.

On occasion she shifts up a gear, leading to galloping, panoramic shoegaze like the Joy Zipper-like juggernaut, Kyoto (a buoyant, trumpet-lightened indie-rock gem that’s billed as an exploration of dissociation, a quarter-life crisis and imposter syndrome), the electric crunch of I See You and the scabrous, six-minute death rattle of I Know the End. In the main, though, Punisher trades in a meticulous dream-pop-emo-folk typified by the acoustic jangle of the title track’s heartfelt Elliott Smith tribute, the subtle country embellishments of Graceland Too, the sparse, lilting guitar loop of bittersweet lead single Garden Song (buoyed by synths and the gravel-throated harmonies of Phoebe’s tour manager Jeroen Vrijhoef) and the gentle ripples of exquisitely wrought psych of Savior Complex. Though it is frequently lovely, it possesses a compelling steeliness in the face of the wounds that life can bestow upon us as well as some frank wisdom about the psychic scars of an abusive father and her mental frailty since achieving her childhood dreams.

Bridgers’ gift is for wrapping piercing, uncomfortable truths and vivid narratives in taut, heart-tugging melodies. She remains a doyen of lyrical economy, stinging honesty and sinister wit. Direct, raw and unrestrained nuggets jump out from these snappy vignettes, like Elvis pondering if “songs could come true” on Graceland Too, “We fought about John Lennon until I cried” on Moon Song and “I hate your mom/I hate when she opens her mouth” on I See You.

This is erudite and earthy alt-folk-rock crafted with purpose and shot through with alienation, spiritual decay and anxiety. Bridgers spins everyday dilemmas into direct, confessional stories of love, yearning and displacement; Punisher is her most arresting statement to date.