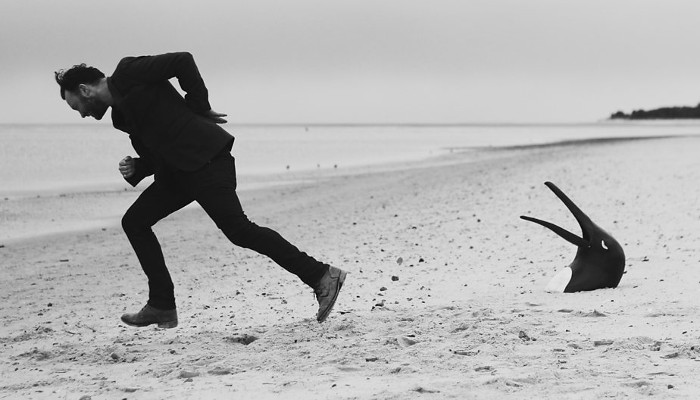 Penguin Café return with another impressive mix of genres and ideas amidst soaring melodies and orchestral clarity in new album Handfuls of Night.

Penguin Café represent a disparate collective of musicians operating within the cracks between pop, classical, ambient and folk. The troupe were brought together in 2009 by Arthur Jeffes and their genre-twisting sounds take their cue from the pioneering 1970s and 1980s work under the Penguin Café Orchestra umbrella of their leader’s iconic father, the English composer and multi-instrumentalist Simon Jeffes.

The group’s idiosyncratic raggle-taggle music has always evaded easy categorisation, roaming from exuberant folk and pop styles to electro-acoustic minimalism and African textures. Their highly anticipated new release on the innovative, London-based Erased Tapes imprint, Handfuls of Night, was conceived in honour of the explorations of Scott of the Antarctic and in response to a commission from Greenpeace to compose music to help raise awareness of the endangered Arctic seas. 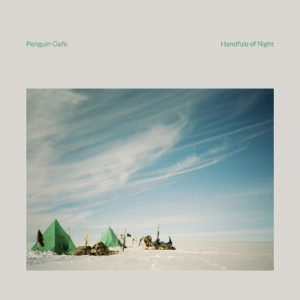 Bookended by the serene, plaintive ambience of Winter Sun and Midnight Sun, Handfuls of Night consistently demonstrates the band’s affinity for subverting conventional definitions of post-classical soundscape music and disarms the listener with its puckish wit, crystal-clear sensitivity and warmth of tone. They deftly condense folksy and filmic themes whilst conjuring shards of throbbing krautrock, sweeping, Philip Glass-inflected neo-minimalism and Michael Nyman-style piano arpeggios, most notably on the wistful At the Top of the Hill, they Stood… .

The influence of somnolent folktronica is audible on Chinstrap and Pythagorus on the Line Again, but the dominant mode is that of a euphoric, homely chamber music which induces the welling of tear ducts, a plangent wash of strings, bending motifs and waves of succulent sadness.

Handfuls of Night succeeds as an enveloping haze of robust intensity and sombre tones, as keening melodies soar with orchestral precision and heart-rending execution. Even if it conjures nothing nocturnal for you, it represents some of the band’s most satisfying carvings of catharsis, exquisitely pitched between accessibility and depth, melody and dissonance.