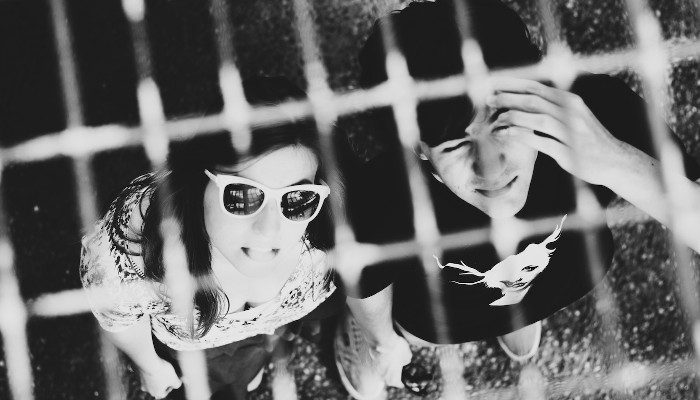 Originally from Brazil and now based in Canada, Palm Haze is a duo consisting of vocalist/bassist Anna Wagner and guitarist/producer Lucas Inacio. They released a self-produced EP in 2017 entitled Tangy Dream that was very well received by fans, and that led to a wider release via a successful crowd-funding campaign. Work on what would become Rêve Bleu began almost immediately after they finished Tangy Dream, with the title track the first to be completed. Inacio stated that the duo wanted to put the record out in 2018, but the evolution of the work was slow due to what can only be explained as life. Fast forward to August 2019, and Palm Haze is ready to share their music with the world.

Winds opens the record as a soothing and dreamy intro into the work. Comforting melodies and catchy guitars make the song a perfect start for what is to come. Drop In follows with its textbook, shoegaze composition. Dreamy and swirling with hypnotic guitars and wonderful tempo and key changes, this is a great listen. Wagner’s vocals are delivered simply and effectively, and her voice is captivating. 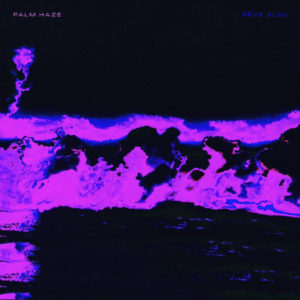 Next up is the very well-written Stay Cool. This has a strong, upbeat intro with fuzzy guitars and slicing effects. It quickly drops off to an ominous-sounding yet comforting verse, until the fuzz eases back in. This is a very dynamic and mind-altering track with a chaotic ending. Definitely an early highlight of the album.

Second Round slides in with an intro reminiscent to some of the work by Portishead and Massive Attack. It’s very comforting yet eerie and sets a great mood. The tempo change at the 2:19 mark completely changes the direction of the song, and it becomes guitar-driven and a bit off the rails. The guitar tone in this one fits the mood perfectly, and, similarly to the last track, this one is also very dynamic.

The title track, Rêve Bleu, is next up. The intro is very minimal and clearly constructed to set a mood, and that it does. The song can be likened to floating, as if in a dream state. It is a tranquil song, but also gives you a sense of longing. It also has a surprisingly abrupt ending, as if you are being nudged out of a slumber.

There is then a wonderful transition into the next track, Wildflower. This song has a My Bloody Valentine feel at times, which clearly is high praise. It has a classic 90s shoegaze vibe, with nearly flawless vocals and a great guitar tone, which is a common theme on this record. A state of euphoria is achieved while listening to this track, and at several points during the song it genuinely made me smile. It was sensory overload, and, for me, this is likely the best cut on Rêve Bleu. The breakdown around the 5:15 mark is especially breathtaking.

Almost Soon takes the record home, and it is a solid track to finish. Catchy and moody, it follows the formula and is a nice ending to the album.

Rêve Bleu is a great mix of heavy, tranquil, emotional, and thought-provoking music. The tracks flow together smoothly in a very well-arranged record. It is a very emotional album and if you really listen to it, it will take you away. Palm Haze is a band with an exciting future and a future that you should be excited to follow.