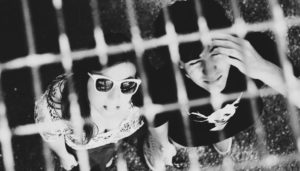 Palm Haze creates a dreamy and emotional record with their latest release, Rêve Bleu. Originally from Brazil and now based in Canada, Palm Haze is a duo consisting of vocalist/bassist Anna Wagner and guitarist/producer Lucas Inacio. They released a self-produced EP in 2017 entitled Tangy Dream that was very well received by fans, and that led to a wider release via a … END_OF_DOCUMENT_TOKEN_TO_BE_REPLACED