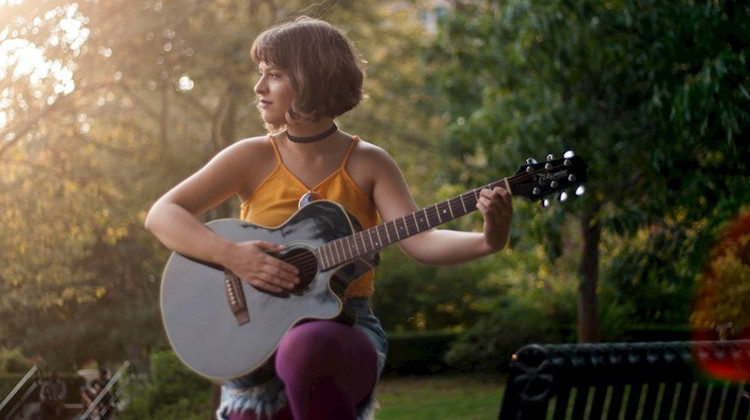 Ecuadorian singer/songwriter Oria Setz is all about authenticity throughout her music. Currently based in New Zealand, this appears to have given her music a unique view on the world, pulling in different genres and tastes, but always with an underlying flavour of Latin. New album Metamorfosis manages to tailor the artist’s soulful but subtle vocals, allowing tracks to breathe where necessary but also hit hard when the time is right.

Pastel Lilac opens the record with gentle guitar and sombre tones before Setz’s vocals sweep in sweet and sultry, welcoming drums into the fold. Melodies swing and saunter their way towards the catchy chorus where Setz seems her most settled. Think of it as a mix between Norah Jones and Joni Mitchell and you’d be on the right track. Tres Paredes y un Grito follows as electric guitars open before Spanish vocals overlay against soft bells and held-back drums. It creates an atmosphere of peace and serenity with gentle, intermittent piano holding everything together. There’s a little underlying 90s chill in places, seemingly a staple of the record, becoming more prominent in the wonderfully kooky Pendulum Effect and the docile tones and sporadic guitars of Amores Invisible.

What the record really does well is in creating a timeless feel that is perfectly suited to the artist’s vocal talents. Pieza Perdida is the perfect example of this versatility, with the track able to take a gentle spirit and really bring out the sound in one of the catchiest choruses on the record. Even if you’re not familiar with Spanish, the track oozes control and dexterity, with a feeling that Setz is being open, honest, and always truthful.

Album-titled track Metamorfosis then slows things down again with the Latin flavour taking hold as it piles on the emotion, leading to a chorus seemingly used to heal the singer’s thoughts and start to feel humility. This is all tied together with tight production and the perfect blend of sounds. The record ends with the versatile and appealing A Little Bit Blinder. Sang in English, it encompasses pop, Latin and ska – an odd mix that Setz manages somehow to make work as trumpets rise into a big chorus before settling down and allowing the track to build to its conclusion.

Metamorfosis is an album that allows Oriana Setz to pull everything she loves into one place. She then experiments with different sounds and influences throughout, all tied together with her signature docile tones that are set free in some of the bigger choruses. What works well is the emotion in the vocals that almost tell a story of their own throughout. With touches of self-reflection and a really natural authenticity, Setz has created a humble record that, if allowed, will speak volumes.