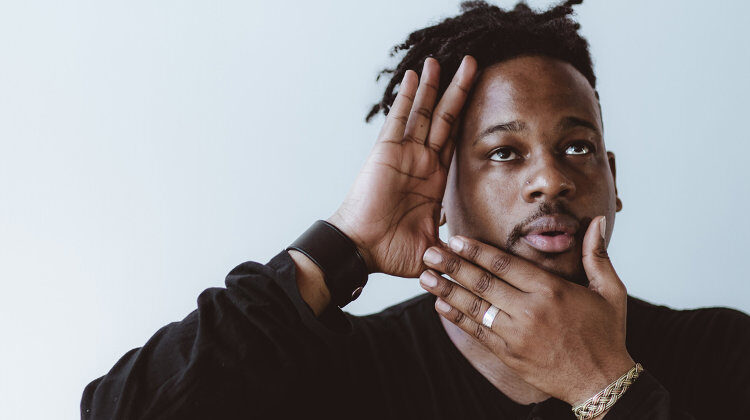 Open Mike Eagle continues to produce the goods in what has already been an extremely creative year on brand new record, Anime, Trauma and Divorce.

As society has experienced such an uncertain, unpredictable, and turmoil-spilled 2020 so far, you could forgive many artists for taking a break from releasing content while they digest what is going on around them. However, a break is exactly what some people are completely against and that is clearly the case for Open Mike Eagle.

The LA-based rapper has smashed this year out of the park through the announcements of his very own podcast network and independent record label. The recent release of Anime, Trauma and Divorce is just the cherry on the top.

The record begins with the free-flowing and tasty Death Parade and as far as record openers go, you will struggle to find many better. It has a trend of building up through quick lyrics and an intense beat in the background. This is all while the Chicagan’s tone of voice constantly changes in readiness for an especially addictive hook, it is definitely one of the best tracks of the whole ensemble.

Headass (Idiot Shinji) then begins and it changes the vibe completely. This is a really fun track and it is synonymous with the comedy style that has brought him great success so far in his career. It starts as the American claims that his name would be “HeadAss’imas Prime” if he were a transformer, Video Dave’s voice is welcome in this one as the two artists bounce off each other against a bouncy and well-produced beat.

Sweatpants Spiderman follows and goes a bit deeper into the process of being a rapper. Mike reels off some of his biggest inspirations at the very start as he mentions Kendrick Lamar and Jimi Hendrix from the off and seems to release more emotion throughout. Bucciarati comes straight after and follows a similar theme of spitting about more personal matters. Kari Faux features and provides a more contrasting style which ensures the track has a darker style to it.

Asa’s Bop emerges as the first half of the record reaches an end and slows the pace down a little. The highlight is clearly the production of the track; it makes you want to blast the record out loud and credit has to go to Frank Leone for creating such a mega sound. The Edge of New Clothes opens with a rapping style similar to the vibe of a certain Kendrick Lamar.  Interchanging tones are clearly inspired and it makes for a gritty and head-bopping track. The chorus is not to be taken lightly and seems to continue to present a theme of self-reflection that appears to be prevalent throughout the record.

Everything Ends Last Year follows a realistic theme from the song title right through to the lyrics. “It’s October and I’m tired” – this is a hook lyric that is certain to relate to a lot of people this year, and Open Mike Eagle has got it spot on with this one. The theme yet again moves quickly as The Black Mirror Episode comes on, this is a strange one but it again has some truth to it with a bit more humour chucked in for good measure. You hear Wtf is Self Care straight after and it seems as if the record has reached a point of discussion rather than classic rap which is not a bad thing. It makes you sit back and think.

As the end is near, I’m a Joestar (Black Power Fantasy) reveals a huge amount of pride in ethnicity, the chorus is unforgettable and it could well be one of the favourites of the record as it is so catchy. It’s followed by Airplane Boneyard which is a much slower tune, however, despite this change in pace the talent is still evident as the loose, free-flowing rap style returns and you cannot help but move around to this number.

Little A$e returns to help Mike finish the record off through the live performance of Fifteen Twenty Feet Ocean Nah which is just classic of the rapper’s comedic and hardcore style. Both artists go in hard on this one and the audience can be heard laughing out loud, it is not what you expect after such a flurry of such serious tracks but it is light-hearted and it fits perfectly.

Open Mike Eagle has often discussed the feeling of not being a part of the discussion around hip-hop and it’s clear that he is not getting the credit he deserves, especially when he is releasing records like this one. However, the US rapper can be exceptionally proud of this album, fantastic tracks, and brilliant beats can be heard throughout and a high platform has now been set for the future as he has absolutely nailed it with Anime, Trauma and Divorce.