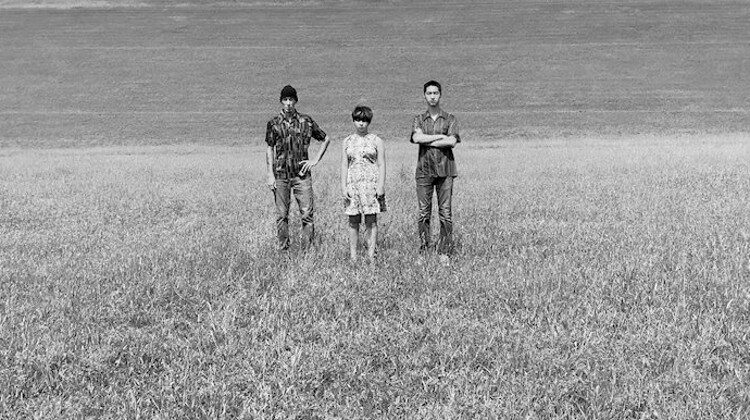 Emotional, grungy sadness is the name of the game as Okami Three build enticing atmospheres on track, Blue.

New York-based alternative indie rock trio Okami Three bring their grungy, psyche-rock sound out in fits and starts with track, Blue. With a sound that caters for both the melancholy and the hard-hitting feels, the band are self-described as “a contemporary culture clash combined with multitudes of melded musical methods”.

Starting with gently plucking guitar, a settled drum beat starts before honest vocals drop featuring a strong emotional connection of hurt and pain. There’s a tinge of psyche-rock to the track, with the vocals pulling on Syd Barrett strings to create a melancholy underlayer that drives the track forward.

Lyrics are built around loss and it’s a vibe that is apparent throughout the entire track, reflecting the experience of losing someone; something that many of us can relate to. “We could waltz on a mountain, dance across the sea…endless harmony” sings Michael, portraying every bit of hurt before a short section of fuzzy guitar hits like a thunderbolt before quickly disappearing.

The dark tone of the track is further backed up by a grungy, 90s edge that has been making a comeback recently and really helps with the quick turns in direction when the guitar kicks in. This wonderfully leads to a chorus that builds on layered vocals and guitar-driven melodies before once again quickly switching back to the verses.

These quick switch ups throughout, however, are a double-edged sword. You’re sometimes left thinking you’d like to hear more of the raw and powerful sections that really help bring out the pain of the track, but at the same time, the quieter bits help portray the sadness – it’s a fine line that could be manipulated a little more.

The track ends as heavy guitar fades out with a more alt-rock presence that finishes the track nicely, leaving you thinking what else the group has up it’s sleeves, which is always the sign of a good song.

Blue by Okami Three is a tale of two sounds, both of which portray a dark sadness that is strong enough to hold the emotion within the lyrics. With a little tailoring the track could be immense, but its a good starting point for a band developing their sound.