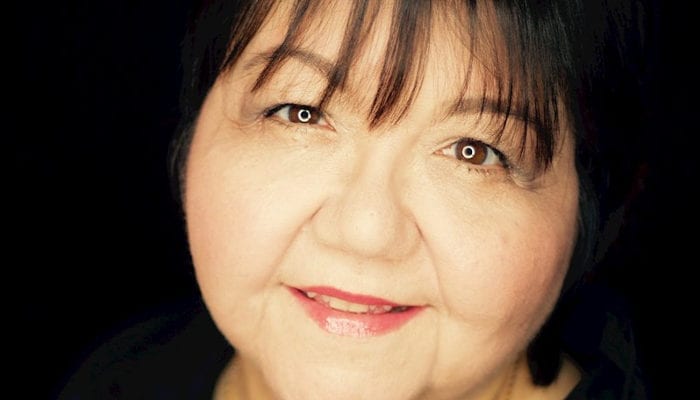 Norine Braun gets her Christmas cheer in early with a blues-laden, eclectic mix of classic tracks and original compositions.

This year, there seems to be a lot of Christmas albums coming out – probably something to do with the world needing a bit of Yuletide cheer to get over the pretty horrendous, 2020. Norine Braun has joined in the fun with the new album December Falls, featuring playful twists on classics and original tracks to boot. It’s a non-typical, bluesy rock Christmas album for a non-typical year.

Solstice (This Day the Sun Stands Still) is a soulful and playful opener, not falling back on a ‘Christmas’ sound within the music, even if the lyrics are littered with cliches. The offset of settled guitars and a caressing rhythm is further heightened by some great sax work making for an opener of hidden qualities, almost feeling disguised as a yuletide track. Classic song I Saw 3 Ships follows but with a Caribbean twist, featuring steel drums, a reggae beat, and a distinctly laidback attitude. The intermittent fuzzy guitars give it more of that late-90s ska vibe, akin to bands such as No Doubt or Sublime.

As we get further into the record, Braun settles into her groove and we really get to see the different genres and structures brought in to make this much more than just a typical Christmas album. The Winter After Elvis Died is a delightfully campy throwback to late 70s soulful blues layered with catchy riffs and a settled but addictive vocal track, once again relying on the sax to bring it up to the next level. We’re also treated to an actual Elvis cover with Blue Christmas, Braun crooning her way through a more vibrant and interesting version.  Poinsettia Pearl then delves into a bigger blues sound with tailored guitars, more prominent vocals and an attitude that sounds anything but ‘Christmasy’.

The blues continues and is strongest in the album’s original tracks, with Put A Wreath On It Blues really releasing the energy and natural vibrancy of a blues track. Harmonica wails and guitar is given free rein to go where it pleases, making for one of the best compositions, musically, on the record. The covers are still a mainstay of the album, however, with later tracks Last Christmas and Silent Night providing a warm solace, each one again bringing something different to the original with alternate rhythms and more prominence on electric guitar.