Home » articles » Norah Jones: Pick Me Up Off The Floor – Review 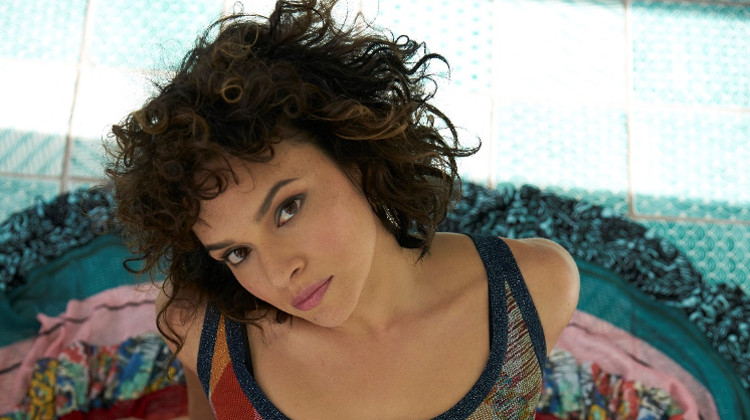 Norah Jones returns with a mix of piano-based blues and jazz, soulful harmonies and playful musicianship on album Pick Me Up Off The Floor.

Norah Jones loves to collaborate. Her penchant for laid back jazz and subtle blues buildups encourages musicians that work with her to try things out rather than tailor tracks to a set idea; Norah herself revels in this atmosphere. This collaborative ethos has been strong with the singer of late with the release of a series of singles since 2018 including partnerships with artists such as Jeff Tweedy, Mavis Staples, and Thomas Bartlett. This seems to have paved the way for new album Pick Me Up Off The Floor taking on a similar collaborative sound but managing to make it feel like a more connected whole.

How I Weep starts off the record with a simple bassline holding the fort as Jones’ distinctive vocals build against a penchant for beautifully emotional imagery: “I weep for a loss that’s so deep but it hardens and turns into stone.” It’s Norah back to her wonderfully sincere basics, able to make the simple feel more complex than it actually is. Flame Twin carries on the good work as a more jazz/blues influenced track that saunters along amidst a sultry atmosphere, rising against the tight drums and the piano getting more confident as the track progresses. It all leads to an energetic, rock-influenced chorus that feels straight out of the 70s before once again allowing the flame to subdue back into the verses.

For the majority of the record, the session sound is apparent, but somehow, the record still feels like a complete whole rather than a bunch of songs pulled together. Say No More once again uses a blues atmosphere but this time only lyrically, focussing on Norah’s love of Jazz as the drums provide mesmeric turns of dexterity and the bass rallies the cause. This Life then ups the ante as a more moody and complex piece, but still steeped in subtlety. This allows Jones’ vocals to really come to the forefront, finding rhythms where others would miss and accompanied by some astounding backing vocals. Whether it meant to or not, the track could also identify with a lot of people’s current situations as Norah sings: “This Life As We Know It is over.”

Lead single I’m Alive, a collaboration with Wilco’s Jeff Tweedy, is definitely one for the masses, relying on its catchy nature, playful tones and expertly used guitar track, whereas deeper cuts such as Stumble On My Way allows Norah to settle into her own, soulful groove as a slow-builder that feels much more personal and contemplative. The record ends on a high with the warm and sincere Heaven Above, inviting the listener to join in with the singer’s pain as she looks back on missed opportunities with a heavy heart and a sorrowful sound, creating the perfect wind-down.

For an album of tailored collaborations and session style pieces, Pick Me Up Off The Floor feels like one of Norah Jone’s most rounded records. As a whole, the album peaks and troughs in a vibrant way as the singer deals with emotional baggage in an often calm and ratifying manner. This allows the talented musicians to back her up with solid soundscapes, neat ideas and help everything sound effervescent yet familiar. A mesmerising record that showcases the talent of Norah Jones when highlighted by the right people and places.