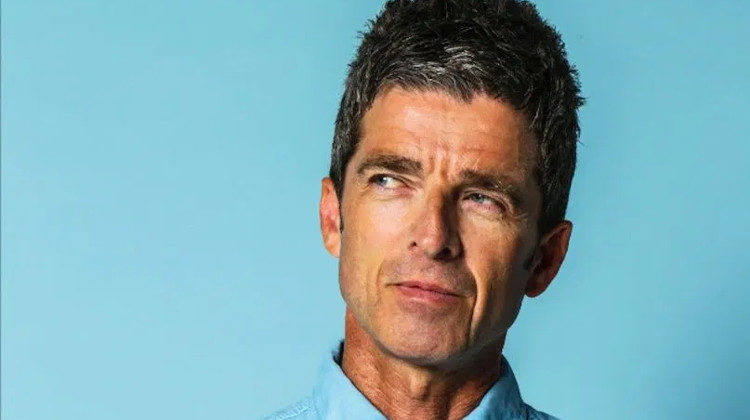 At times Noel appears stuck in limbo. He tries something new with his music but can also feel like he’s holding back, too nervous to really throw himself into a new sound. New EP Blue Moon Rising manages once again to show that Noel is a supreme songwriter but still feels like it could have done a little more.

Opening track Blue Moon Rising comes in with that now staple thumping disco beat as Noel’s vocals slide over amongst settled synths and subtle guitars. His lyrics are reassuringly vague yet memorable in only the way the former-Oasis frontman can do, kind of touching on something deep and meaningful, but leaving it up to the listener to make up their mind what it’s about: “Will I meet you down on the corner, where our hopes and dreams were sold, by the poet and the loner, on the streets we paved with gold.” The Chorus comes in with renewed energy as Noel belts out “You Make me feel electric” before riffed synths enter the fray sounding like something straight out of Kate Bush’s Running Up That Hill.

Track number 2 comes in the shape of Wandering Star, a more nuanced but uplifting piece as bells ring out to announce a return to the more traditional Noel solo sound. Guitars push the track forward with the artist now settled into his well-worn groove, content with this perfectly crafted piece, but perhaps lacking in any new ideas or catchy hook. Come On Outside is probably the strongest track on the EP with Noel calling on the people “lost and lonely in the fortress of your mind” to rise up and fight for your freedom. It builds to a powerful chorus that, although unevenly paced, has a certain catchy quality amongst its simplicity in structure.

Noel Gallagher’s High Flying Birds end the EP with two remixes of Blue Moon Rising. The first named The Reflex Revision that is a 7 plus minute monolith building around the ongoing drum drone, settled funky sounds and bare vocals that give the music a chance to shine. Perfect before a night out at a 90s dance club…if any still exist. The 7” mix finishes the EP, concentrating more on Noel’s vocal track, almost haunting in its solitude at times.

The Blue Moon Rising EP is not prime Noel Gallagher, but it’s not bad, either. It almost feels like he’s unsure what direction to go in with his next full-length, so just content to try a few things and also pull in melodies and structures to the overall sound with his signature beats and guitars. Let’s hope he finds and tailors the sound he’s looking for before his next album.