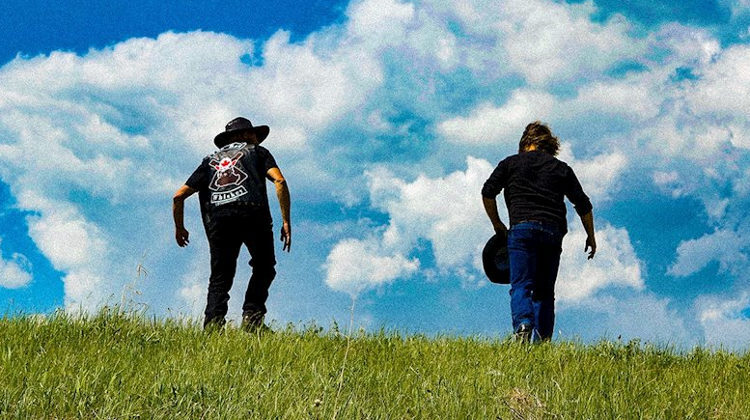 Los Angeles-based Rock/blues/country artist Nikki Wozzo has joined forces with The Bad Whiskey to release a mini-album of the same name. Over seven tracks, the combo show off their bluesy, powerful riffs one minute before stripping things back to country-tinged ballads the next. An album of playfulness and power, the record offers something always a little different from a spectrum of country and blues.

Starting with Wild Rose, we’re immediately thrown into a slow and sultry blues-rock sound, Wozzo showing off his grainy vocals against sinister, creeping guitar work and bass that walks the line. The atmosphere then changes, guitars reach out and Wozzo allows his vocals to be stretched, taking the atmosphere to the next level against playful lyrics: “Hit the road lets go, rolling into Calgary, getting rowdy”

As we delve deeper into this mini-record, it’s apparent the band doesn’t mind playing a few wilder moments out amongst the country blues flow. Ain’t She Something delves into an almost pop-rock sentiment with one of the catchiest choruses on the record, whereas Old Man and Rowdy show off a penchant for fun and playfulness, the former generating a toe-tapping beat and plucking guitars whilst the latter is perhaps the heaviest track on the record, following a ZZ Top style that you can’t help but enjoy. The record ends with the delightfully upbeat All Night Long, a fast-paced romp of late nights and good times against some great guitar work, but perhaps the vocals could be a little louder as they tend to get lost at times.

The Bad Whiskey is a record of a band having fun and enjoying every minute of what they do. Nikki Wozzo issues strong vocal performances throughout, able to tame his vocals when necessary but also unleash them to match the more raucous sections and heavy guitars. It’s one of those records you can just enjoy in any situation.