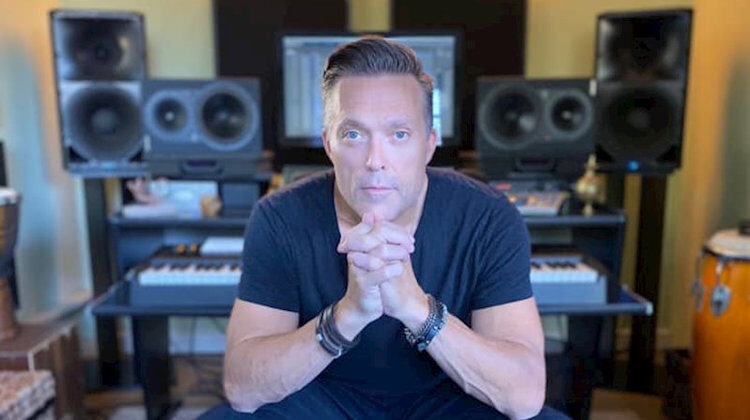 Electronic artist and producer Nicholas Gunn manages to produce a perfect blend of beats, build-ups and perspectives on new album, Sound Condition. With a settled flow of ambient sounds and meandering, playful beats that ebb and flow, Alina Renae also features now and again to add a lyrical vibrancy and dexterity when needed.

Starting with The Unfolding is the perfect way to unwrap the record, as ethereal sounds and pipe-stylised flows build amongst ambient notes and solid, bassy sounds. It’s the noise of nature coming alive and Gunn is trying to wake up the listener’s senses. It slowly builds to an energetic crescendo of synths that bursts in from nowhere and disappears just as quickly. This is then followed by the more lively Shine, which develops in a faster way, even if borrowing some of the layering techniques of the opener.

We get vocals for the first time with track Angels via Alina Renae who features on four songs throughout the album. Her docile tones and perfectly balanced melodies bring justice to the lyrics which allows the music to dance around her energy. The trick is repeated on the equally impressive Broken which once again builds in a seductive way, the ambient sounds being drawn out by Alina’s vocal work and Gunn creating mesmerising rhythms and synthy flows. The track doesn’t hit that energetic patch this time, but the softness of the song is enough to keep you interested.

If Alina brings here subtlety and brevity to the vocal tracks, Gunn manages to bring to life the stories on the vocal-less ones. Language borrows from 90s dance techniques to enthral the listener through rising, playful beats and intermittent piano tracks but never allowing it to get too aggressive. Flow strips things right back to hide behind a mystical veil as Tingsha style bells and those pipes once again hypnotize the listener into a calm and meditative state. The album ends on The Promise, Alina once again entering the fray to help mediate one of the more uplifting tracks on the record that, later on, develops a power and integrity of its own.

Sound Condition is a mesmerising album that develops a strong sense of personality and structure as it progresses. The mix of experimental, ambient, and electronic ideas keep things fresh but always conforms to an overall sound. Alina also adds a sense of flavour and direction to the tracks she features on.